Museum Studies PhD researcher Natasha Barrett contacted us to ask if she could experience some of our Sensory Labels created for the Enlightenment Gallery in the British Museum. Natasha is interested in exploring photograph with all our senses. 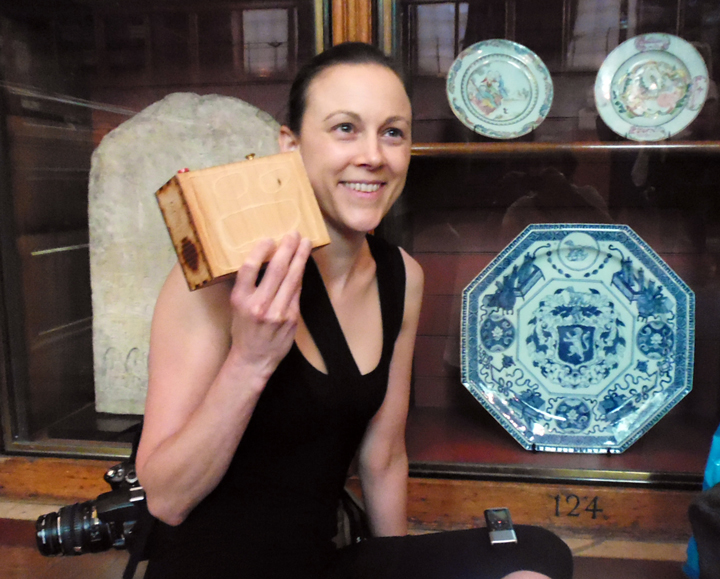 Natasha introduced me to George Oates from Museum in a Box  we found we had lots of things in common creating sensory experiences for museums. 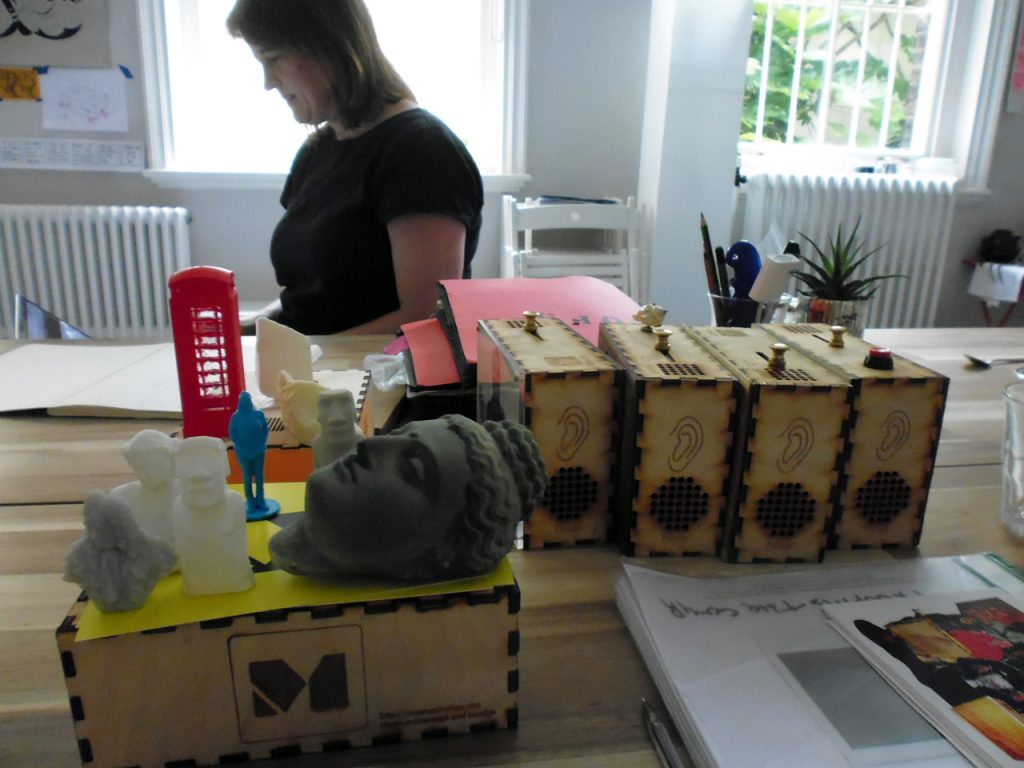 Museum in a Box1

I brought some Sensory Labels made by our co-researchers from the Tower Project to the Enlightenment Gallery, for Natasha to try, Ryan Burns Chinese plate inspired label was a particular favourite. Below are images from Ryan’s Wiki Pages developing his label and sharing it with the public. There is also a video of Ryan’s Sensory Label in action so you can hear what everyone was listening to in the pictures. The smell Ryan chose was a floral perfume that reminded him of his Nan. Ryan’s drawing and his photograph was laser etched into the surface of the label.

Here are pictures from Ryan’s Wiki showing the development of his sensory label as documented by him. The plate Ryan made from air hardening clay as his response to the ones in the Enlightenment Gallery, broke. This gave Ryan the idea to have the sound of breaking ceramics on his sound track, he also found some Chinese Opera to add to his soundscape. 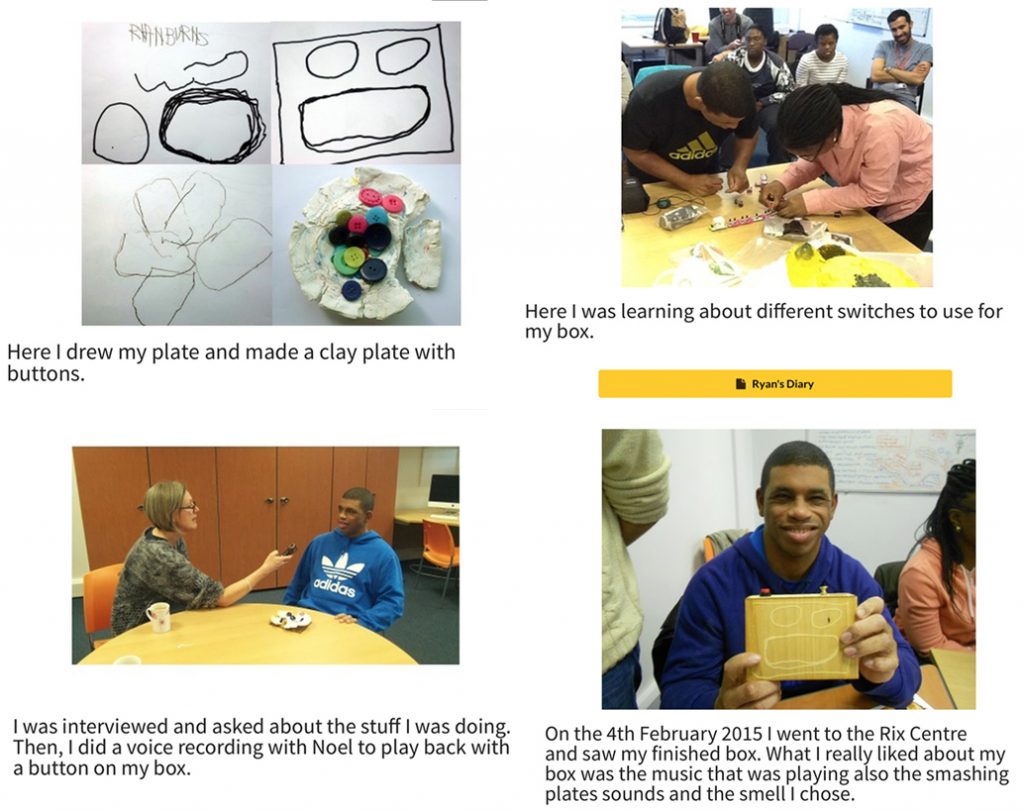 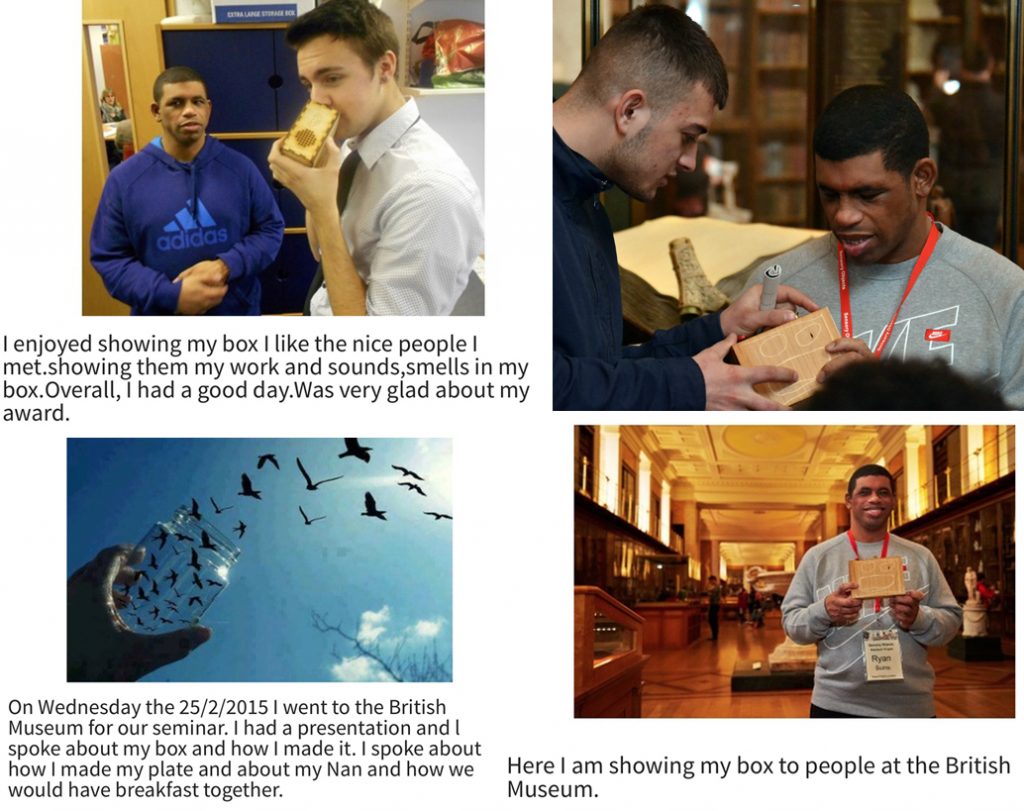