Kate and Nic gave a hands on presentation of the Sensory Objects project to the Inclusive Museums Conference at the Autry Museum in Los Angeles. We sent a big box containing Sensory Objects developed by our Co-researchers from Reading College at MERL and also the Access to Heritage Group in Liverpool. We showed slides and videos of our current group from the Tower Project at the British Museum to explain our project conference attendees. We met people from all over the world who were interested in our project. The pictures below show some of them trying out the objects you can see Phillip and Johns scrapbooks of Sudley House Liverpool, Sians mooing boot and Rachel’s Pink grunting Pig and Nic explaining our ideas of using Squishy Circuits, littleBits and our research with littleBits go LARGE. 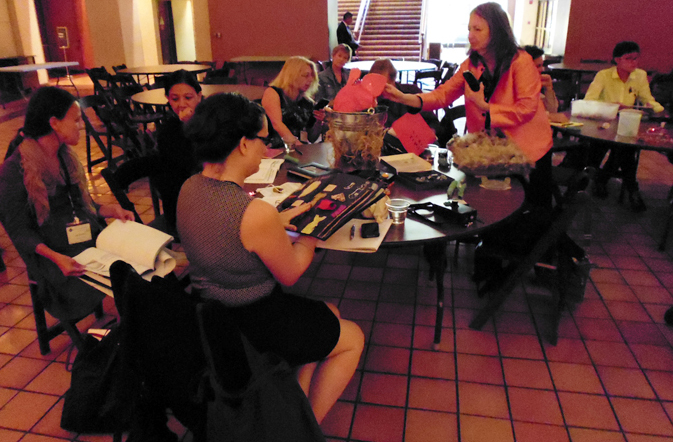 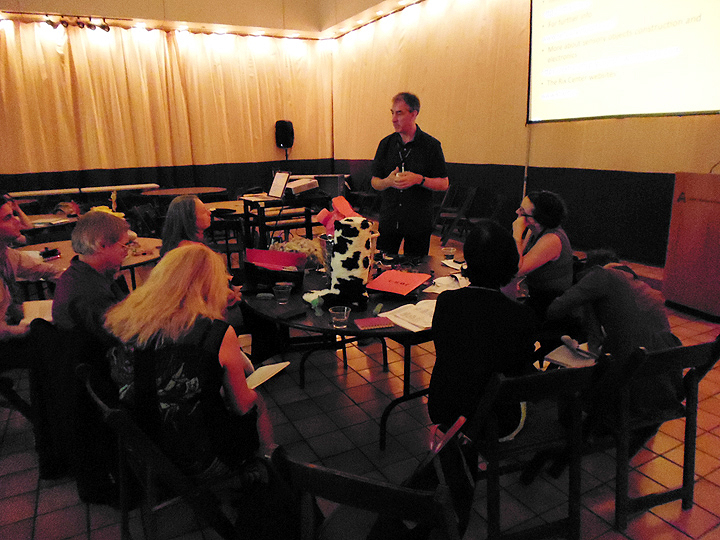 During the conference there were many talks and discussions often all happening at once. One of the most inspiring talks, I thought, was by Nina Simon, she wrote a book that helped give shape to our sensory objects project The Participatory Museum. Below are some images she used during her talk about Santa Cruz Museum where she is working at now. Her talk showed her ideas and experiences of making the museum a place where everyone can feel welcome and take part. She mentioned Pop Up Museums and also the idea of the museum acting as a place for people to have conversations, bringing unlikely people together, she described it as ‘bridging’ the two people bottom left of the picture are a lady who knits and a graffiti artist who meet during a workshop at the museum and really got on. 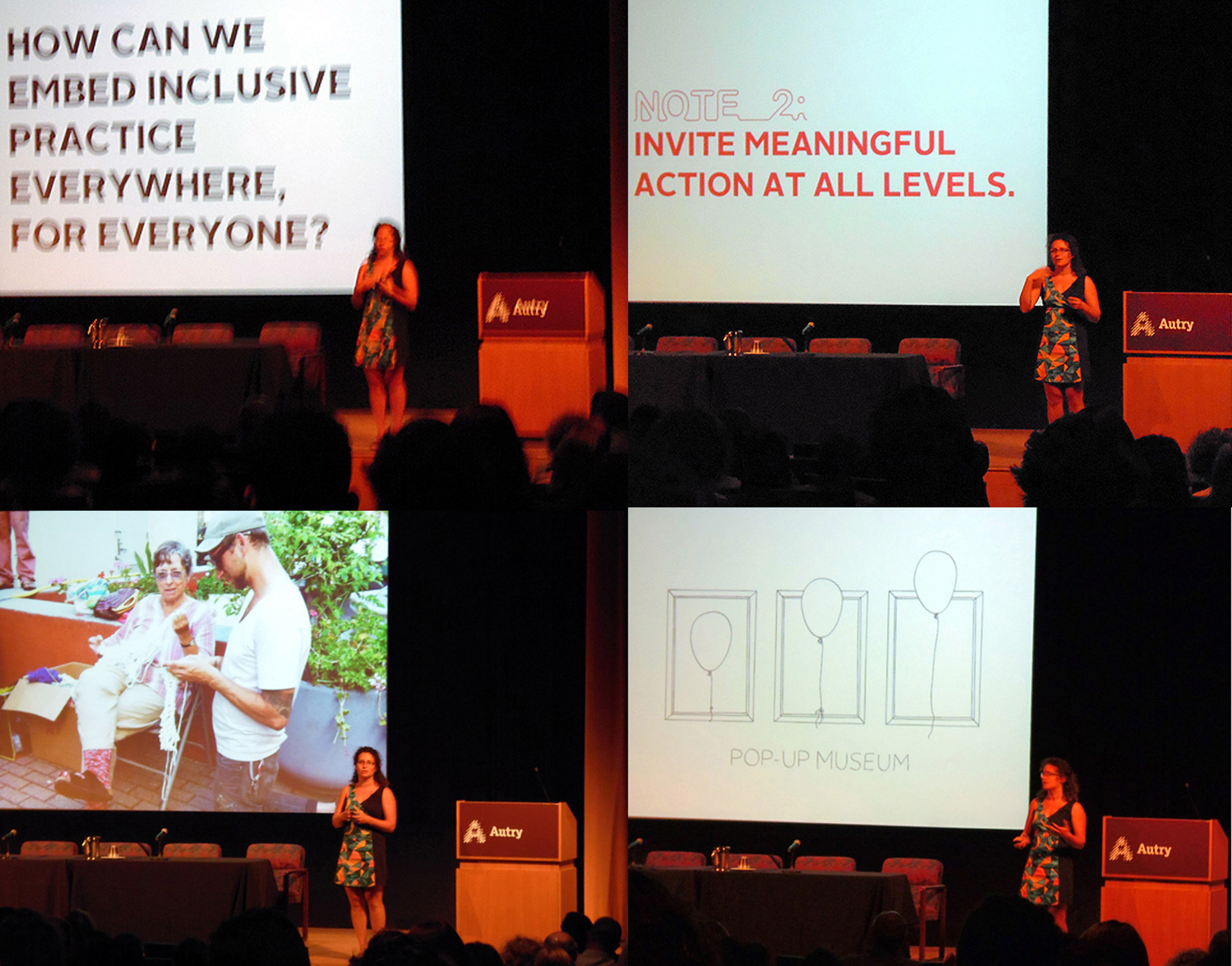 During the talk Nina mentioned some of the problems of making the museum more participatory, that some people in the community accuse her of dumbing down the museum, she illustrated the problem by showing this cartoon below. You can’t please everyone, in the cartoon a character called MAH that Nina said represented her is telling Michelangelo that his painting of the Sistine Chapel is “a bit passive and that he must engage the visitor, leave room for the visitors to colour in your work with crayons or paint ball! you know…. dumb down your work!” Nina mentioned that by widening the audience to the museum you will also alienate people who enjoyed it as it was, but attendance and participation in the Santa Cruz Museum continues to rise and generate income because of her ideas of inclusion. 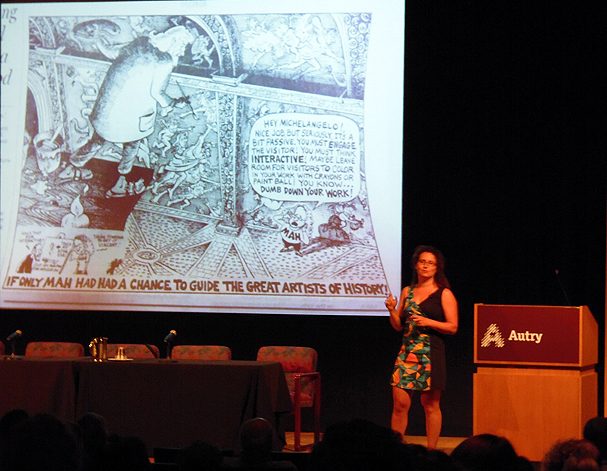 The video below shows Nina giving a talk which has similar content to the presentation at the Inclusive Museums Conference.

We are going to have talks and demonstrations about the project on Tuesday 10th of June  the Seminar is part of Universities Week Below is a flyer in easy read version and with more text about the Seminar. Please send an email to k.allen@reading.ac.uk if you would like to attend the seminar its free but places are limited. 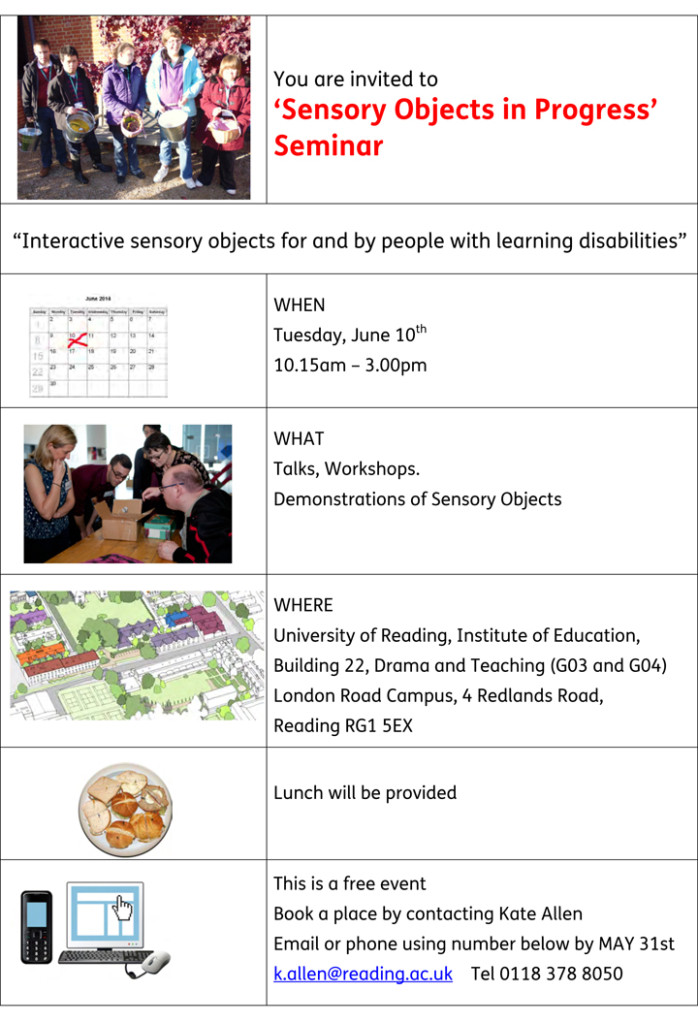 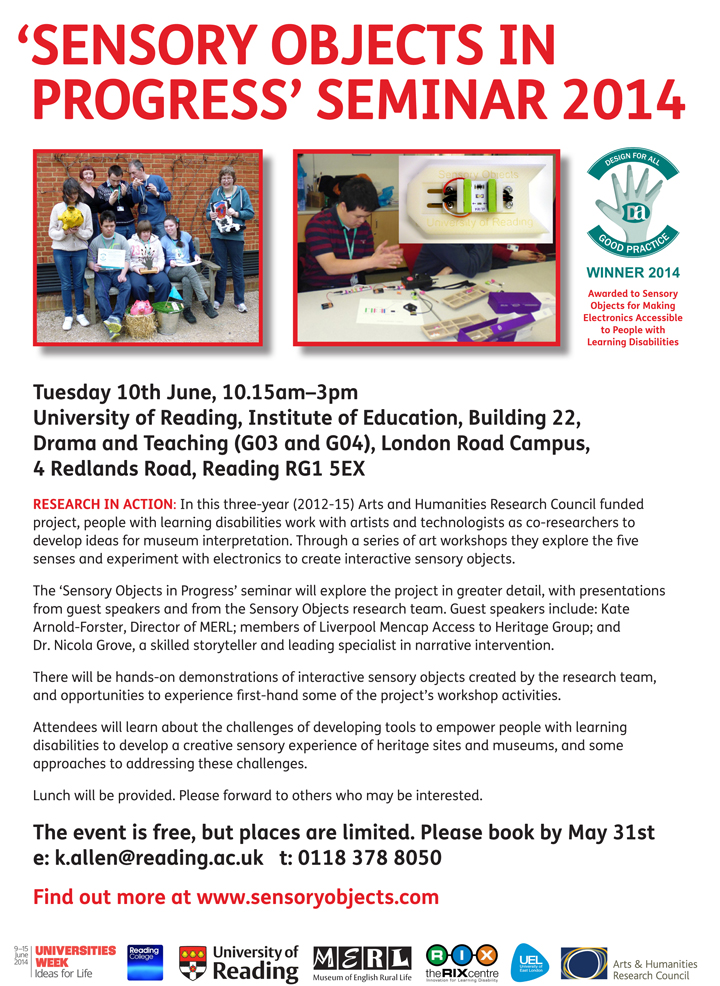 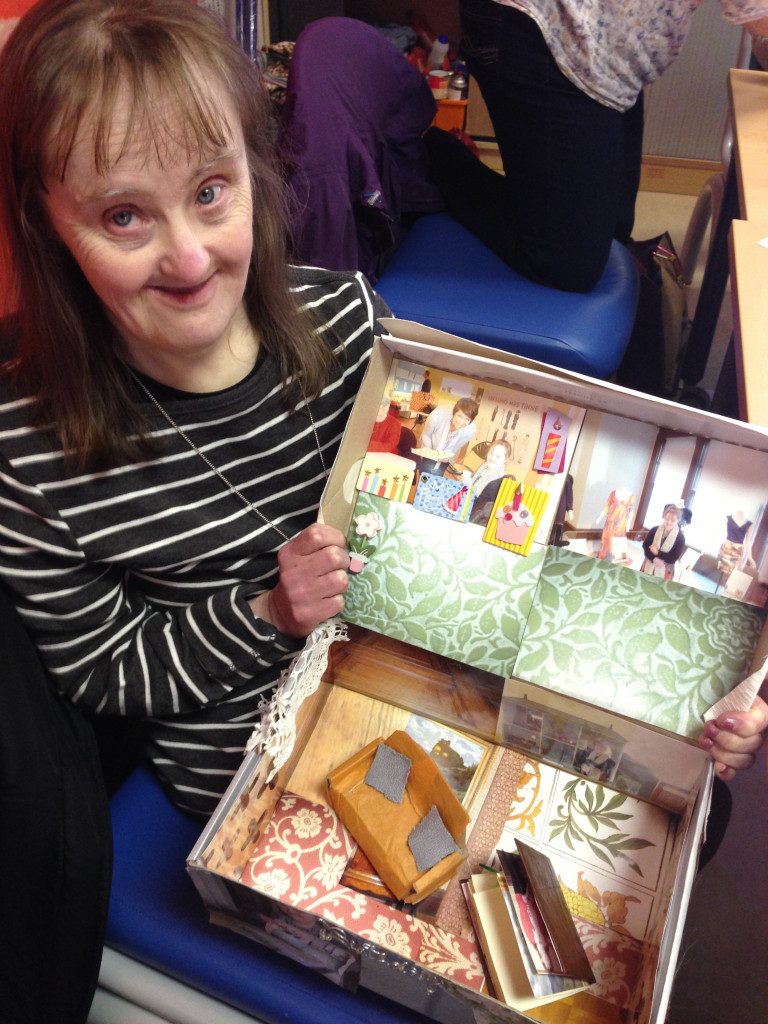 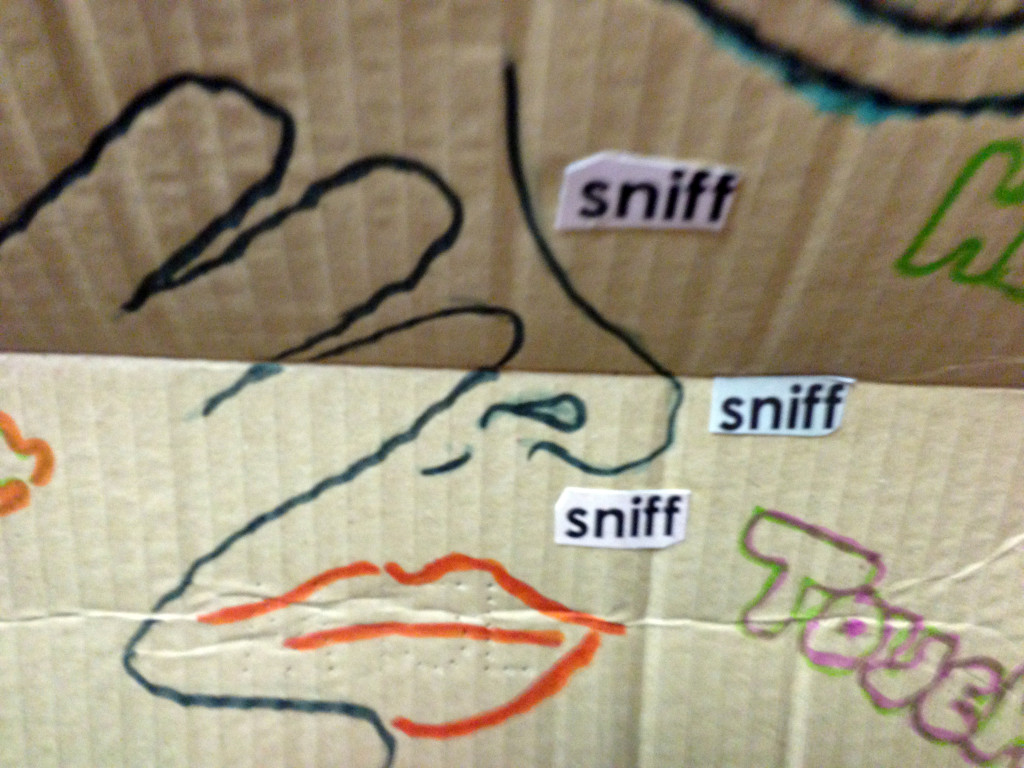 Close up of Stephen’s Box of Sudley House

Ticky wrote this report for us on the groups thoughts about the cookbook. We began by recapping on the previous session. We went around the group individually to share Objects made last week, iPad photos, Printed photos, to help them to remember and to share. In pairs – with support staff and service users we looked at the whole of the cookbook.Feed back was filmed and some notes were written in the books. Some really useful comments and suggestions came out of this session.

(We made a template for support staff as part of the Hands On training – but we think it could do with being reformatted as it looks too much like a form and some staff find that off putting.)

Other comments on book

Our Co-researchers in Liverpool continued to test the Cookbook at Sudley House, This week they concentrated on the sense of smell. 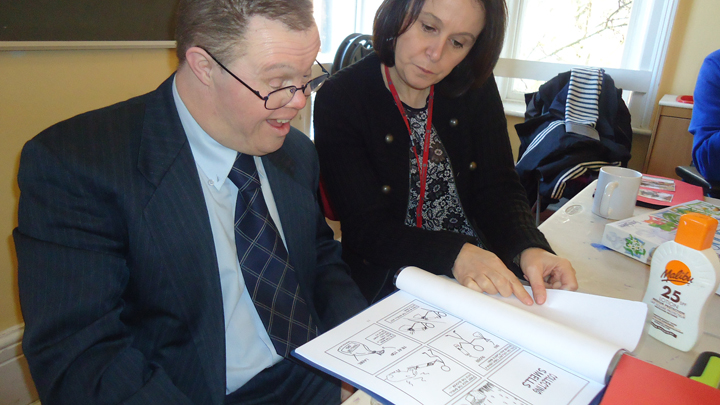 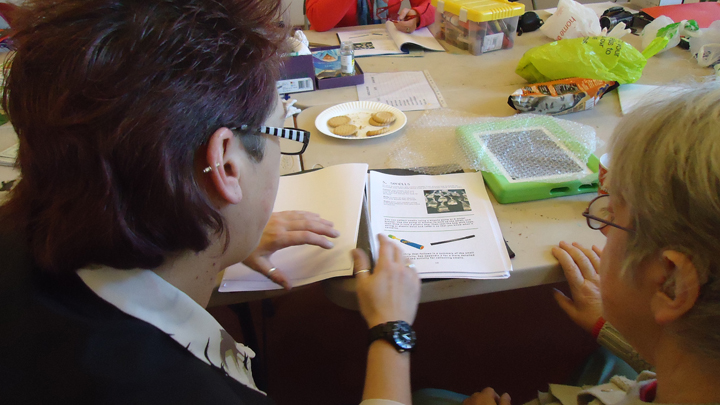 Ticky brought some bags containing various smells, and the group discovered some things that smelled at Sudley House. 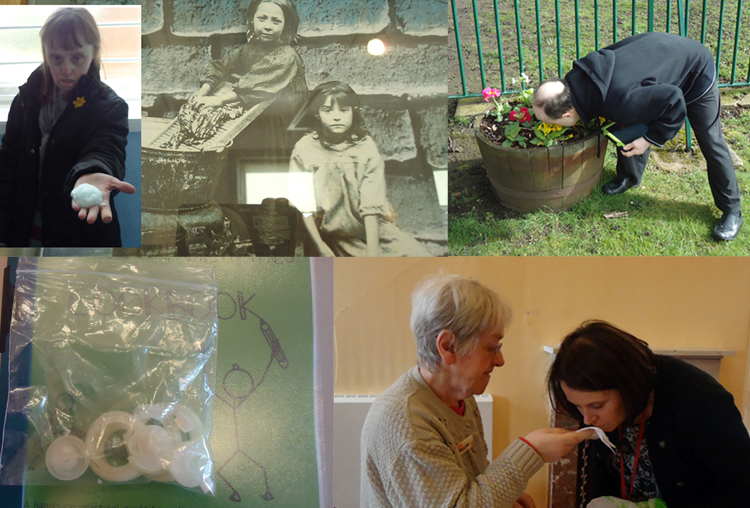 Smells of Sudley, including cleaning materials, primroses and onions.

Our group of Co-researchers in Liverpool have continued to test the Sensory Objects Cookbook at Sudley House Liverpool throughout February and March 2014. Each week members of the Access to Heritage group have met and tried out a different sensory expedition. In an earlier post we told you about a touch activity, the next was sound.” 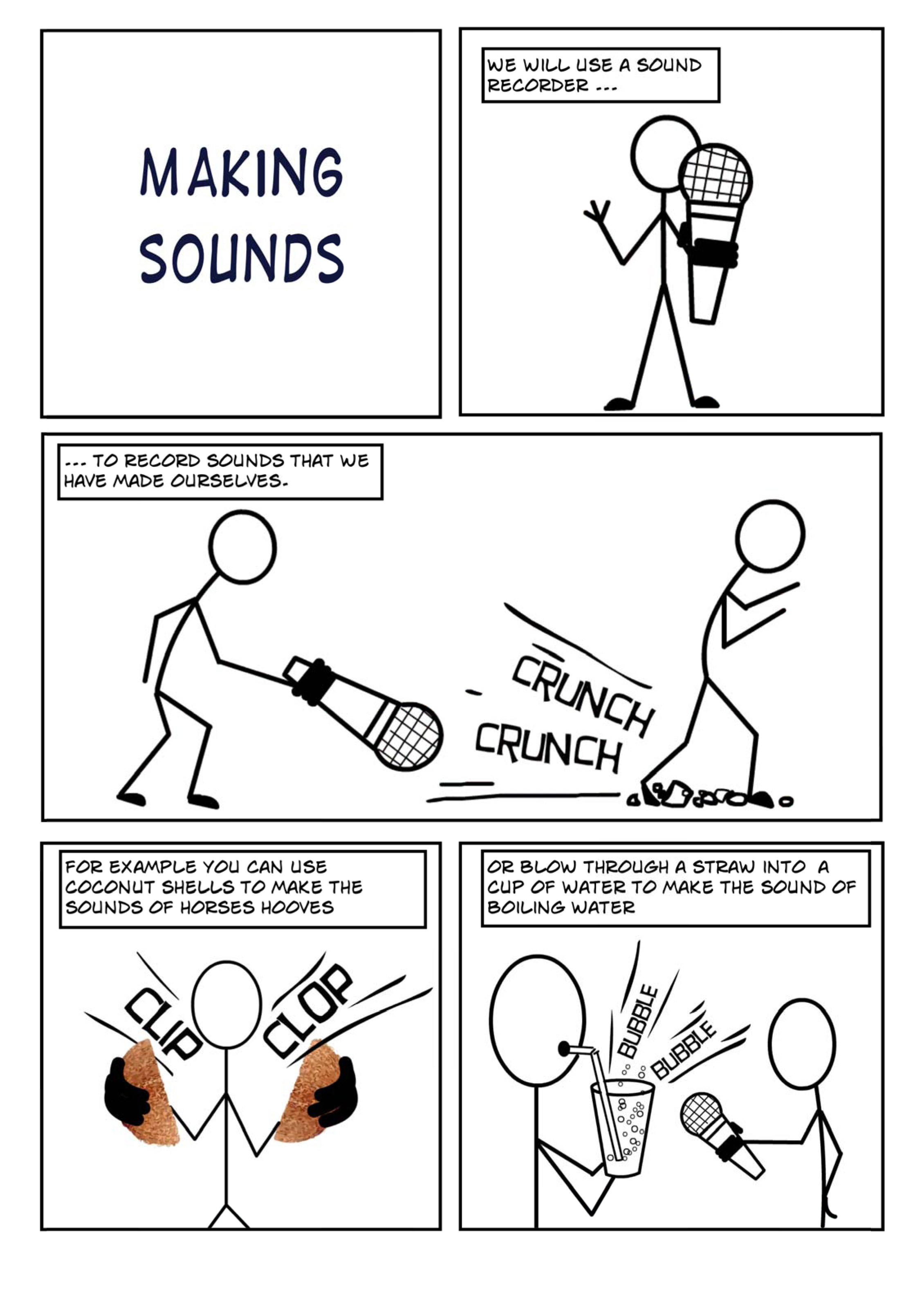 The group brought sound making equipment with them to Sudley house, Shakers, Keyboard, etc. June led an activity where we all had to close our eyes and sit quietly for a couple of minutes just to listen. Then we went round the room to find out what people had heard. It was surprising what you could hear when you listen! Shoes on stairs, I heard, people talking, Chairs creaking, bird song, dogs barking, Carl drinking coffee and putting cup down, the sea. In the house we went round in small groups with i pads which we used to record images and sound. We created some sounds our selves – like opening drawers, walking on wooden floors and turning the pages of a book. 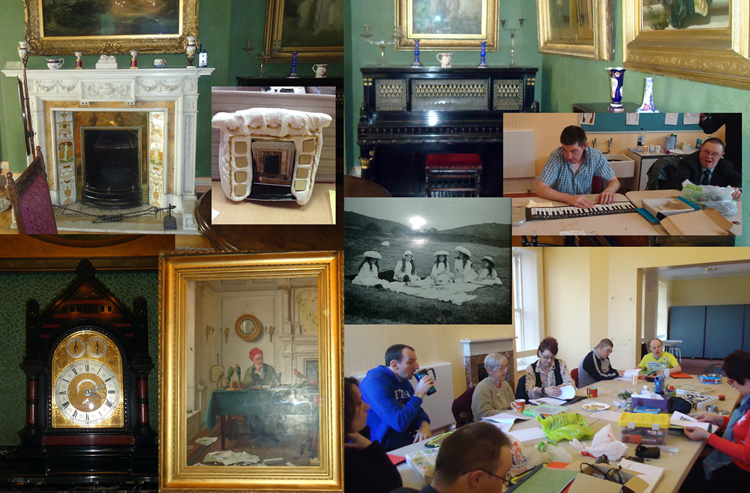 We recorded people chattering and clinking in the tea room. We imagined what other sounds might have gone on at the dining table for example – pouring drinks, laughing. cutlery, clock ticking, banging plates, biting, chewing, scraping. After lunch we listened to sounds each of us had recorded on the i pads: a creaking door, hitting railings with a stick, turning a door handle, walking down stairs, cafe sounds,rain drop, fire cracking, talking. Some people took photos of paintings and photos and imagined the sounds they would make. The group didn’t end up using the sound makers they had brought with them.