Here is the easy read programme for the day 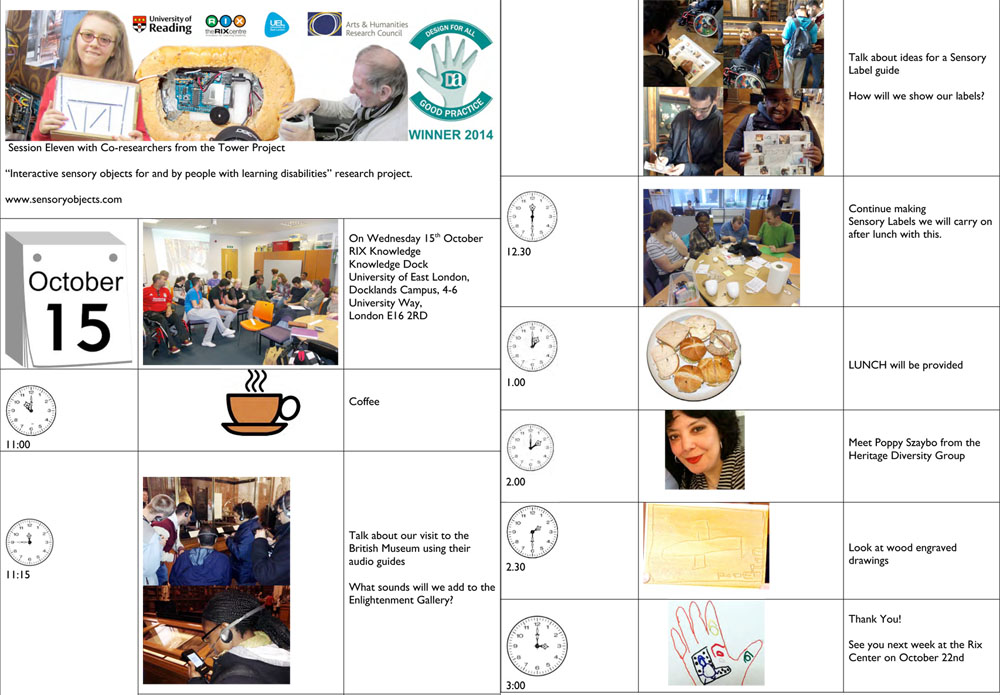 We did not follow the plan completely as we were visited by some people from the University of East London’s publicity department, they had heard about the Sensory Objects project and wanted to feature it on some of the University publicity. They interviewed some of our co-researchers, filmed and photographed our session see picture below. 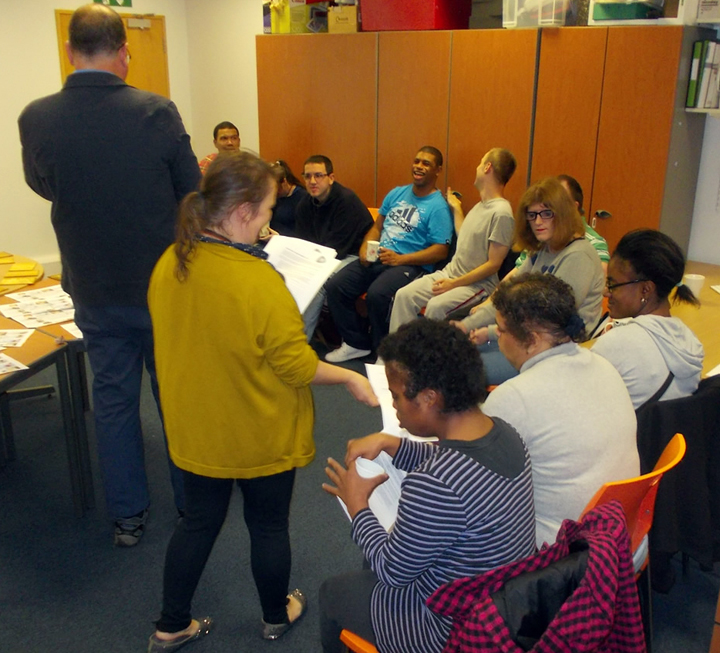 We discussed our visit to The British Museum, using audio guides and making a map of our sensory  labels. Most of our group enjoyed hearing the woman speaking on the audio guide although some found it hard to use. Our group enjoyed discovering where each others object was located and many had suggested ideas for the guide on the wiki website. 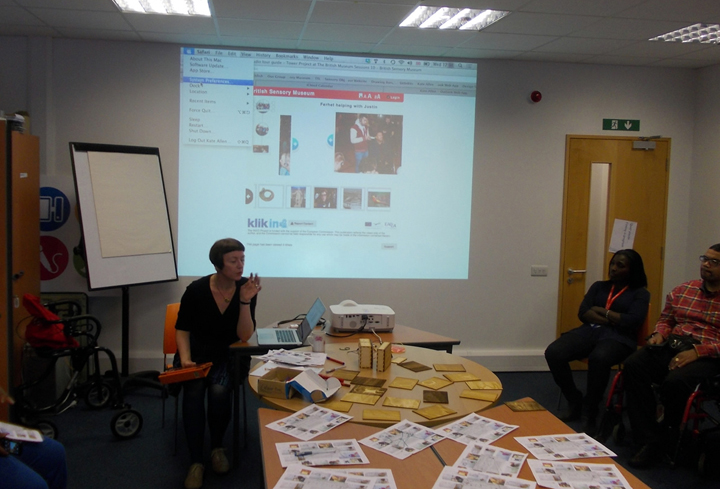 Talking about the Wiki

We also looked at the wood laser cut engravings drawing by our co-researchers. Find out more about the process here 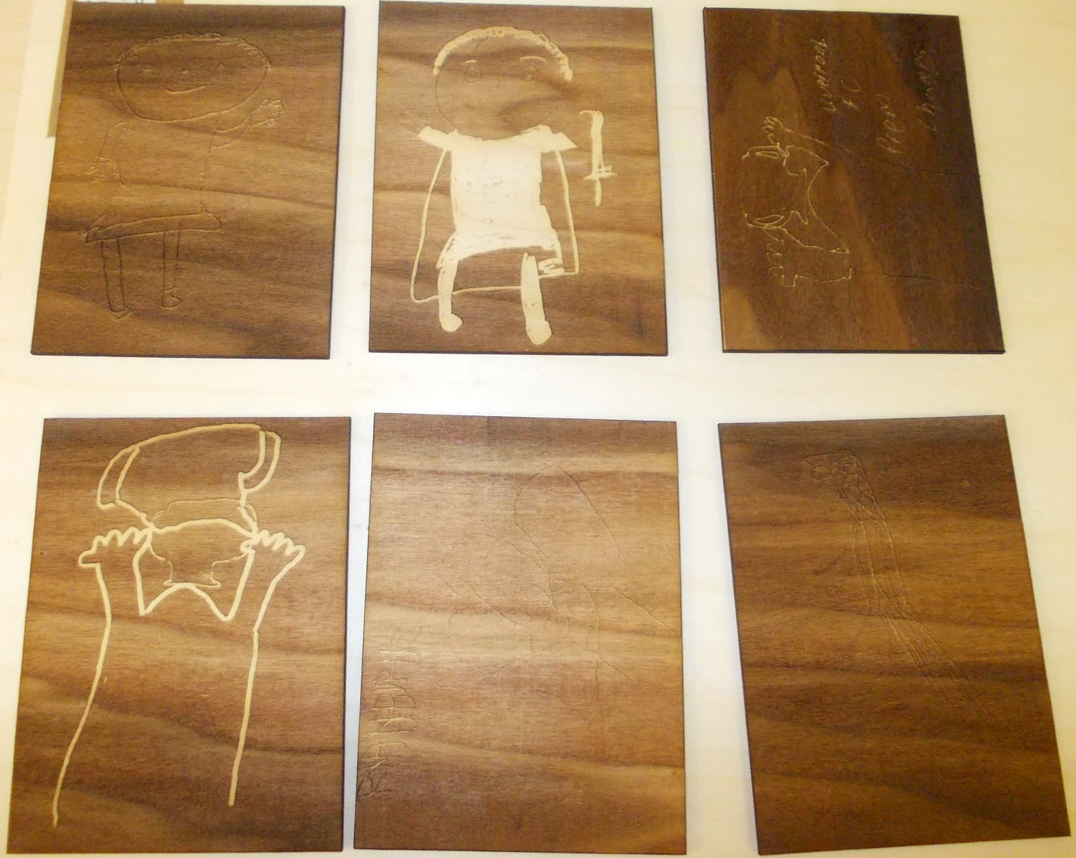 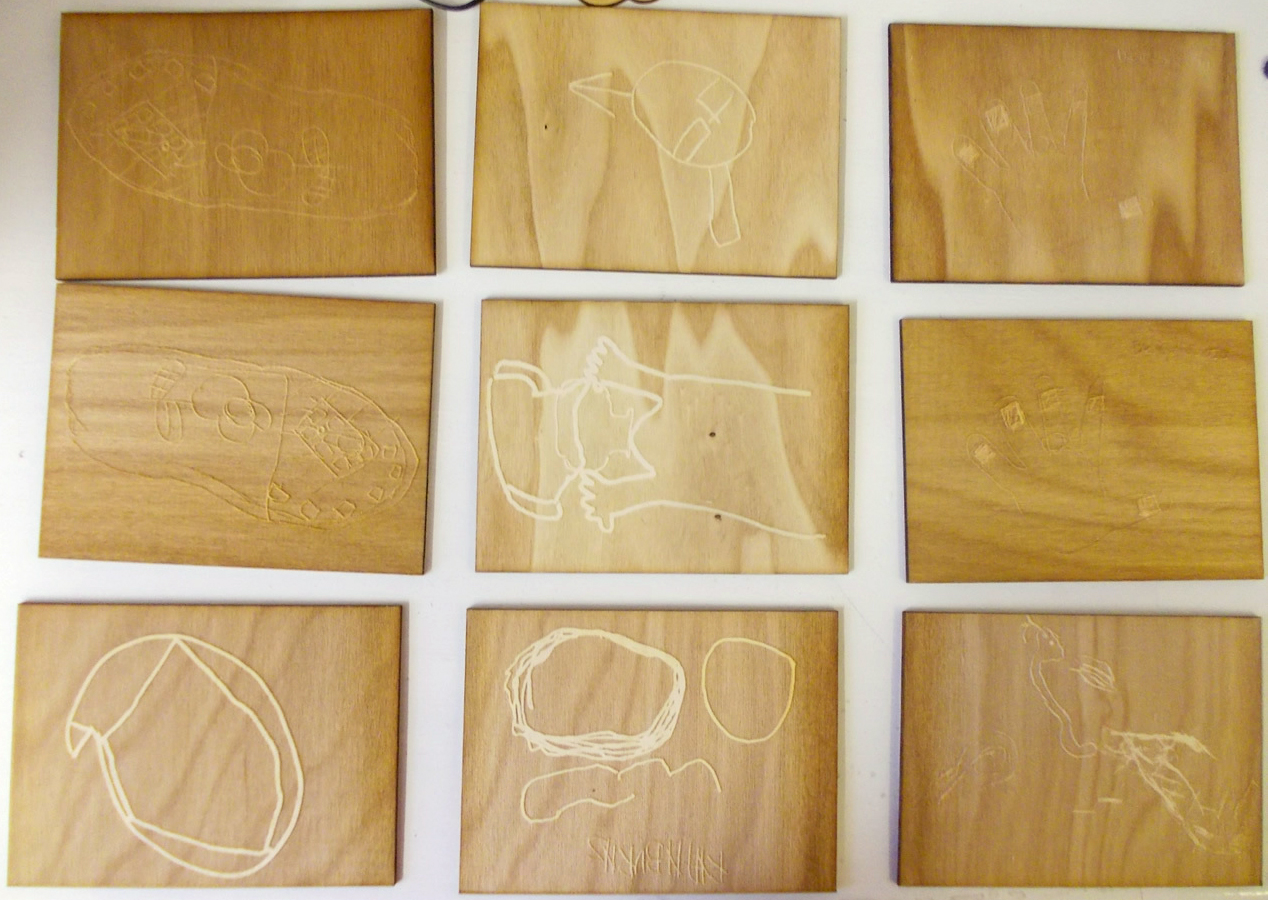 We realised that some of the drawing with thicker lines worked better so we asked for some of them to be drawn again. The picture below shows Ashley drawing his bird again, he drew a very good bird but we asked him to draw it again with a thinker pen, Sam is also shown drawing a shell. 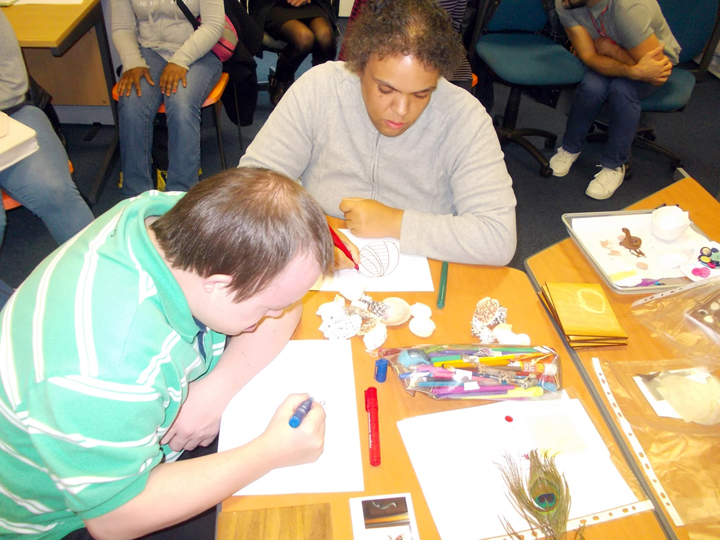 Nic showed the group a wooden version of the sensory label. 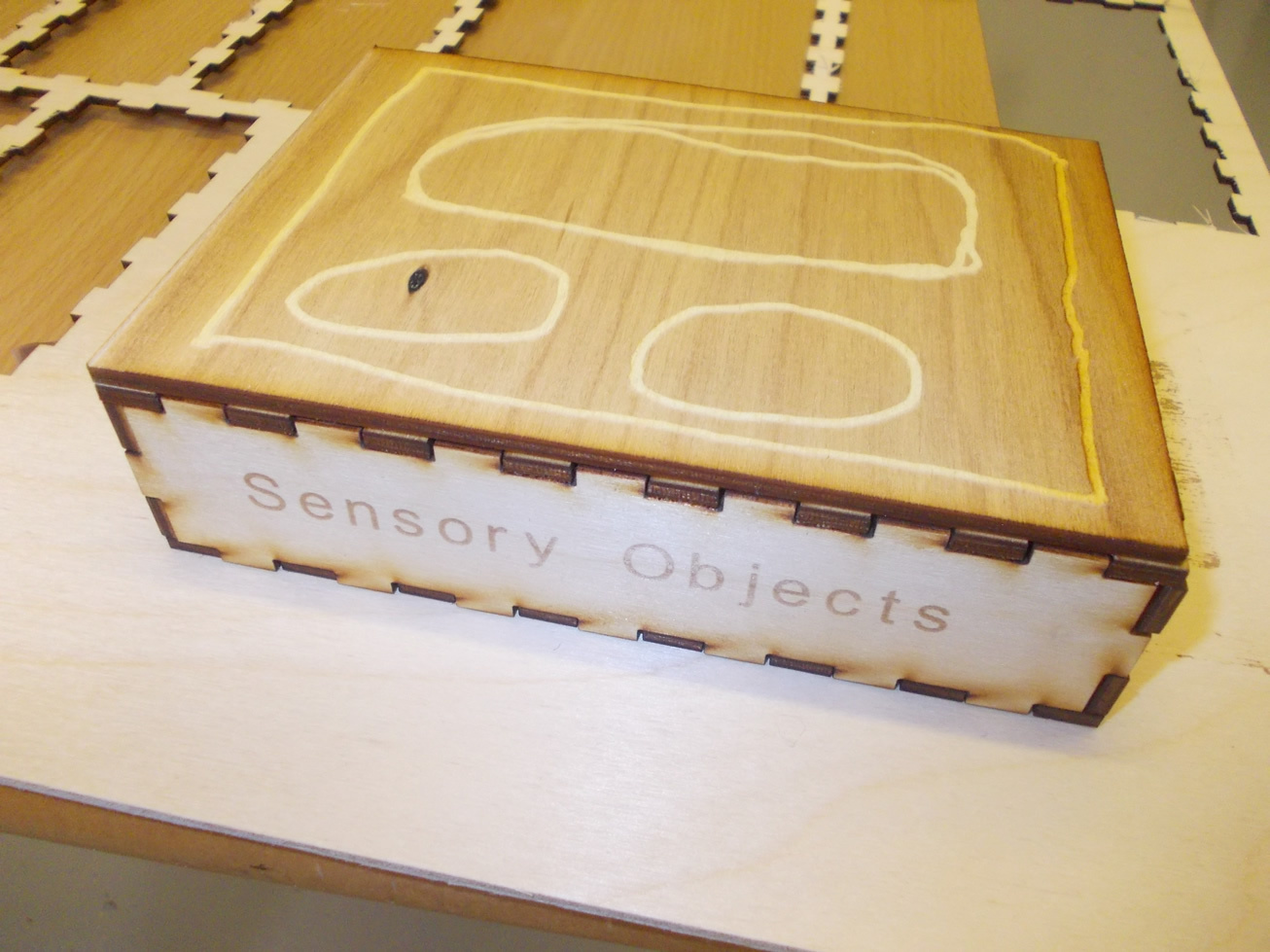 We continued to create sensory artwork for the labels, we discussed how to incorporate the objects we have been making into the labels. As our sensory labels give very personal interpretations of our chosen objects from the Enlightenment Gallery we discussed if it would be a good idea to have a photo of each Co-researcher on one side of the box and I suggested we could photograph each co-researcher with the sensory art work they have been making. The picture below shows a mockup of a box with Adjoa on onside holding her sensory art work about the coral she chose. Adjoa made the shape in clay imbedded with beeswax. On the other side would be Adjoa’s wood engraving. The box would make sounds of the sea and have the smell of the sea. 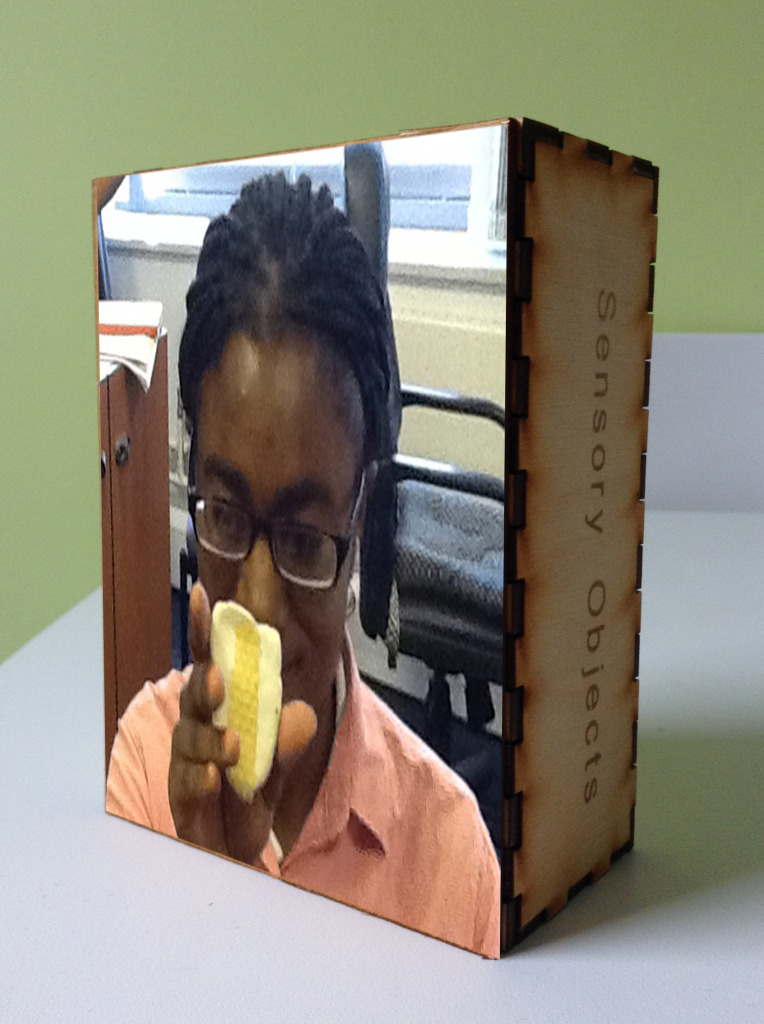 Adjoa with her sensory artwork on box 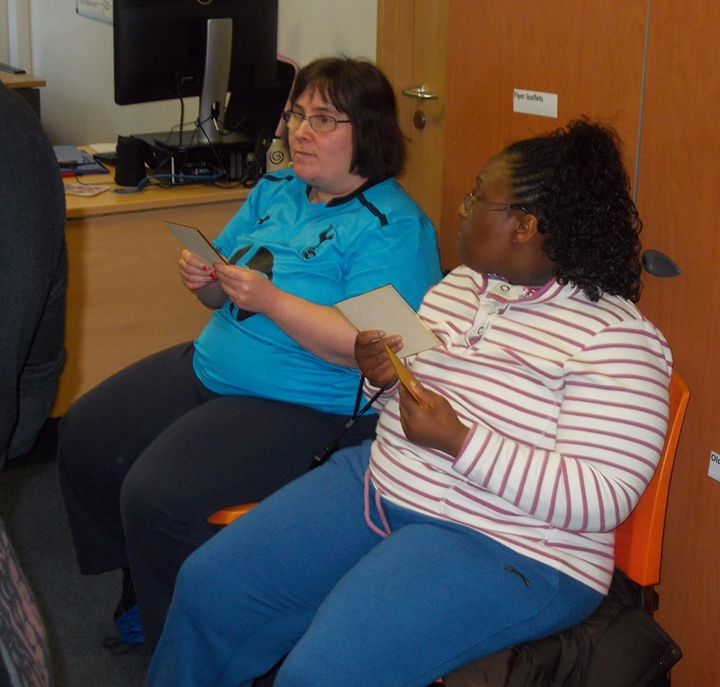 Ryans box shows the two Chinese plates he had chosen. He  imagines eating on them and one of them smashing.The picture below shows the broken plate he made from clay and buttons. He has also collected sounds of plates crashing and would like the smell of flowers to come from his sensory label box. 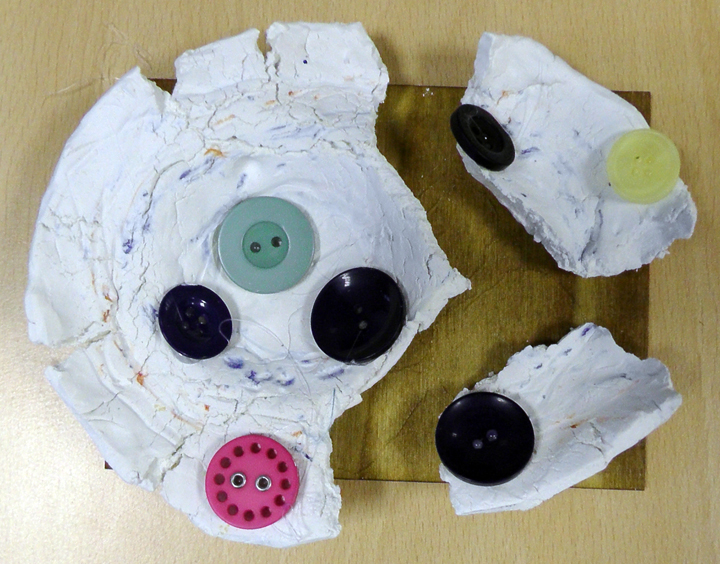