On Wed 29th April Sensory Objects co-researchers from Tower Project presented a well attended master class and demo during the Museum and Heritage show at Olympia London. UEL had a stand where we displayed some of our Sensory Objects including some made by our co-researchers from Reading College Learners with Learning Difficulties/Disabilities dept at the Museum of English Rural Life including our yellow jiggling and grunting pig. 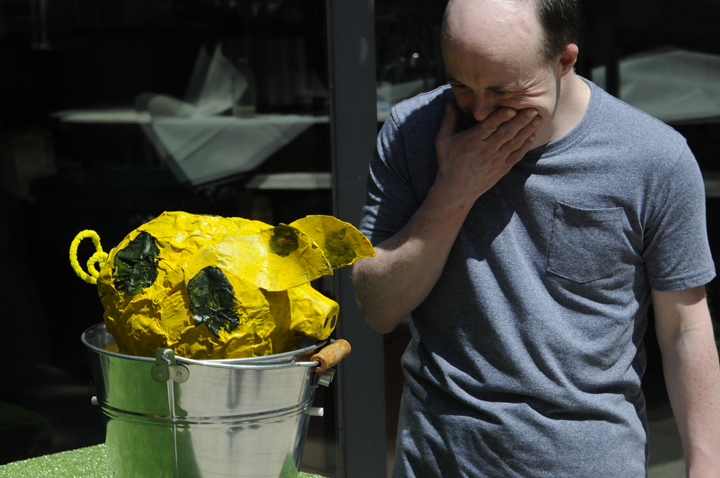 The pig was very effective at catching peoples attention during the show, we also showed the sheep cushion that goes ‘baa’ when stroked. 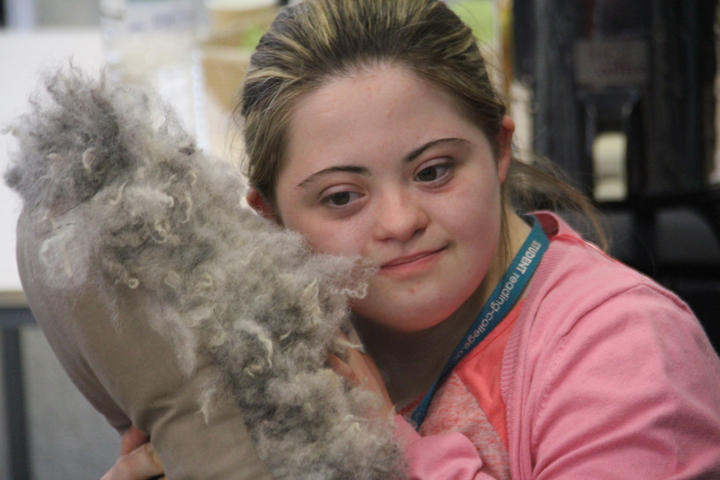 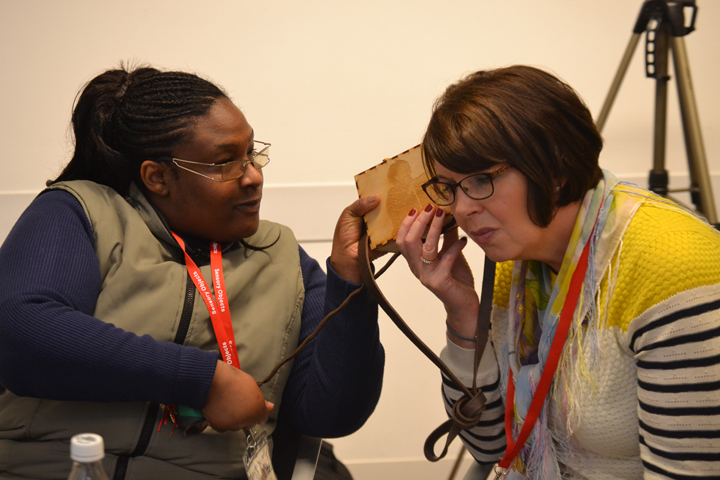 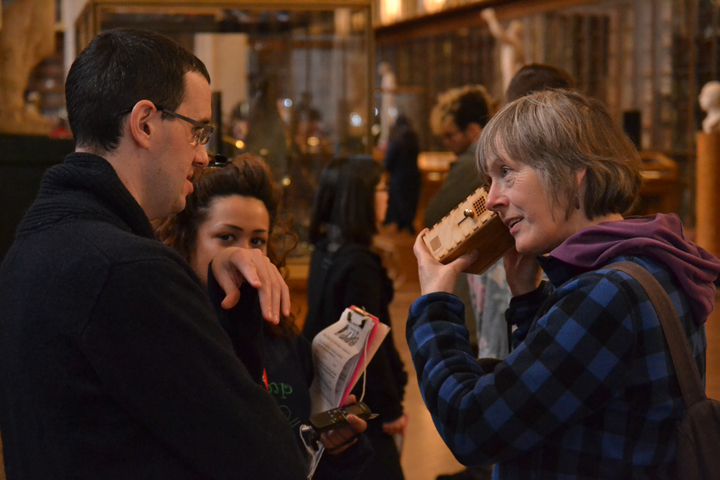 Tim and Judith described the workshop process and how they developed sensory information and shared their work with the public at the British Museum. Throughout the day many people came over to the stand to discuss ideas about how to make museums more sensory and inclusive. 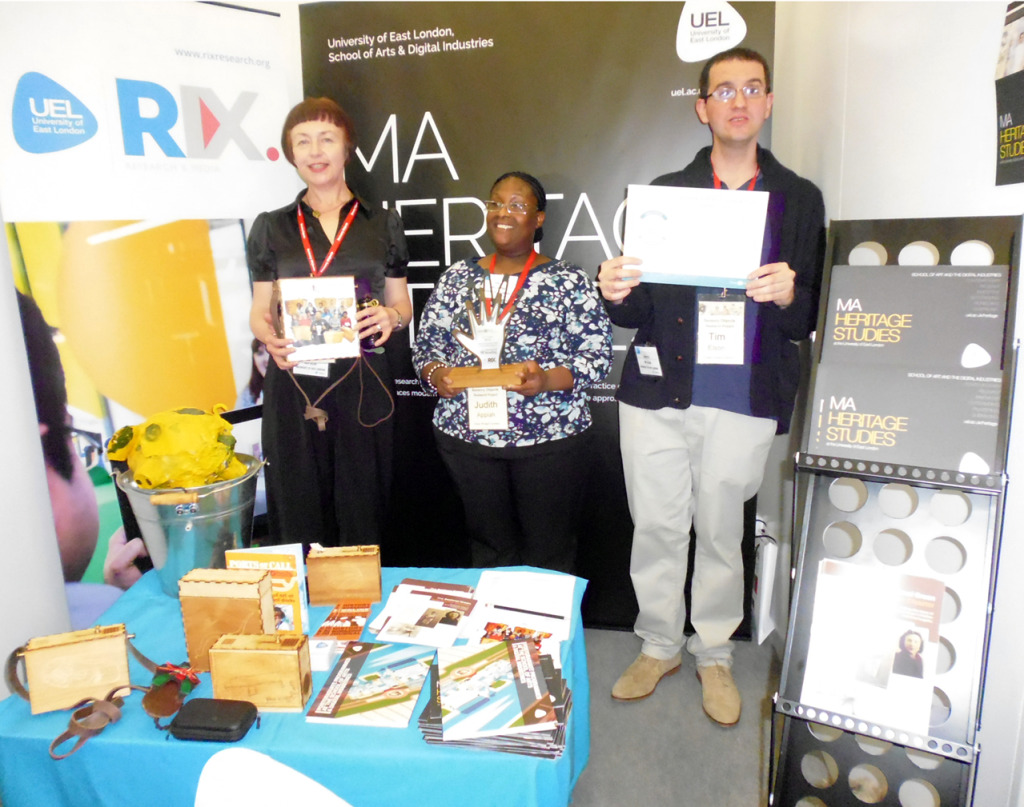 We also took some photos of Tim, Judith and Kate with our recently awarded International Design For All Trophy 2015. We return for another Sensory Labels showcase in the Enlightenment Gallery at the British Museum on Thursday 28th May 2015. 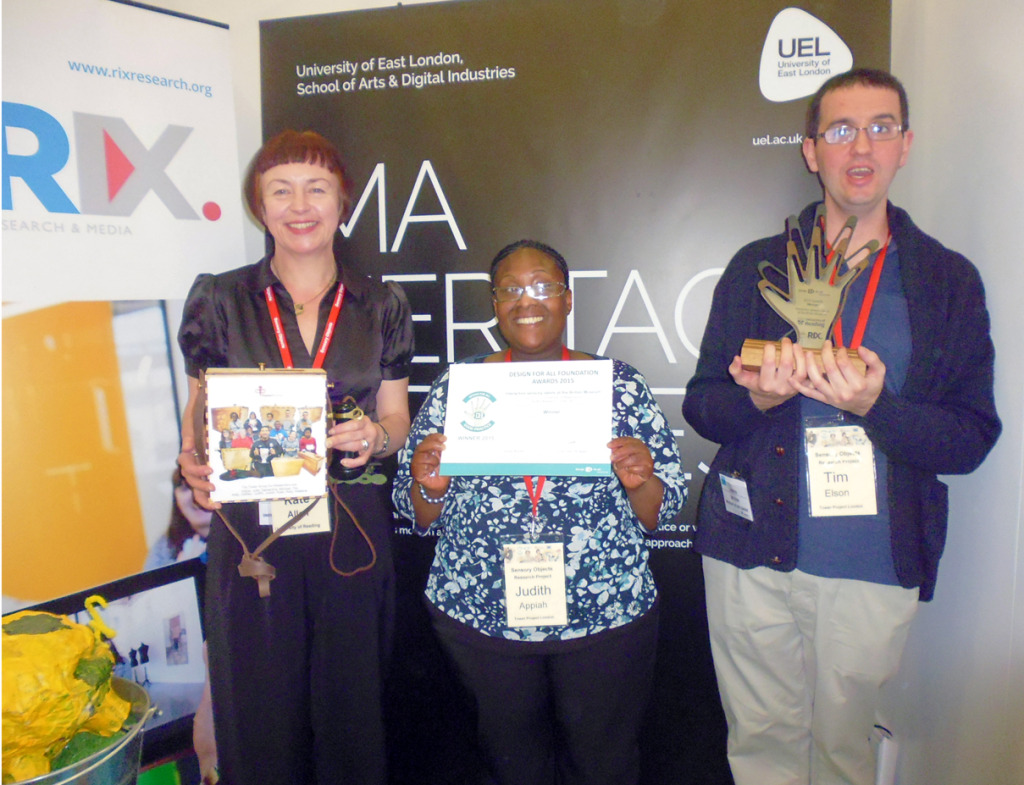 Kate Judith and Tim with Design for All Award

Sensory Objects were invited to join UEL on their stall advertising their MA in Heritage Studies at the Museum and Heritage show at Olympia. The image below shows Ajay from the Rix Centre with Sian’s ‘Moot’, it was really enjoyed by visitors to the show. 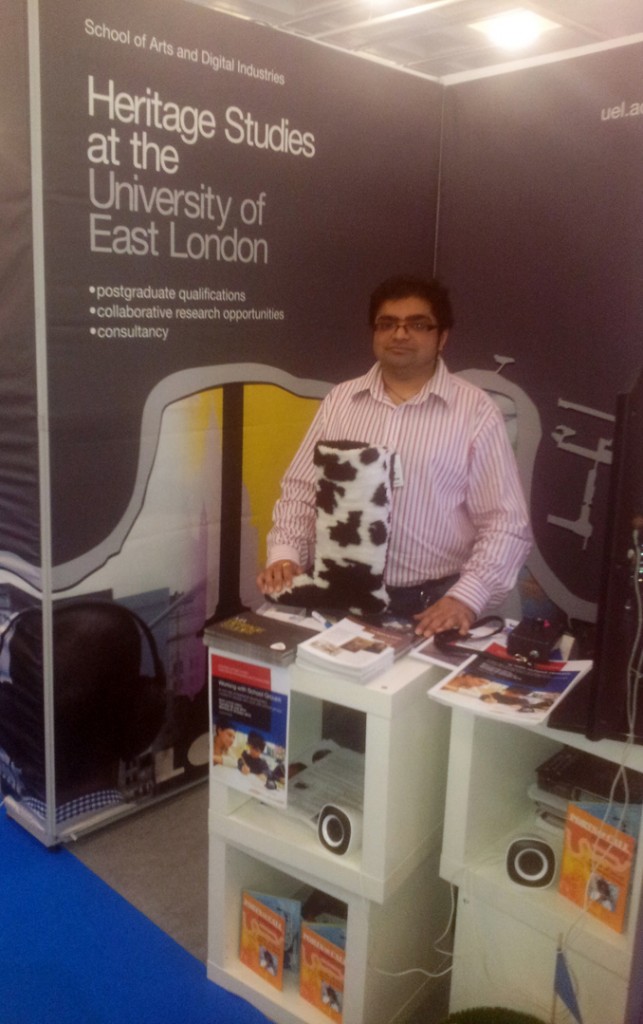 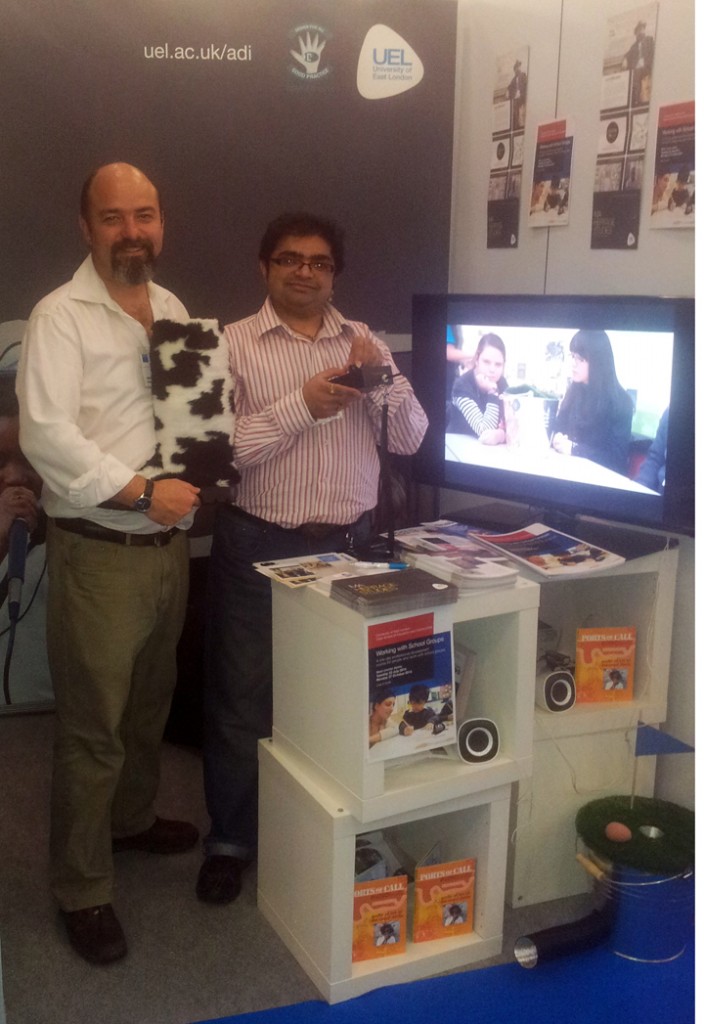 Toby and Ajay with Skye and Cathy in the video

We also took  Lukes ‘blue flag’ bucket. We told lots of people about our research and our events in June. The picture below shows Toby talking to Carolyn from GEM 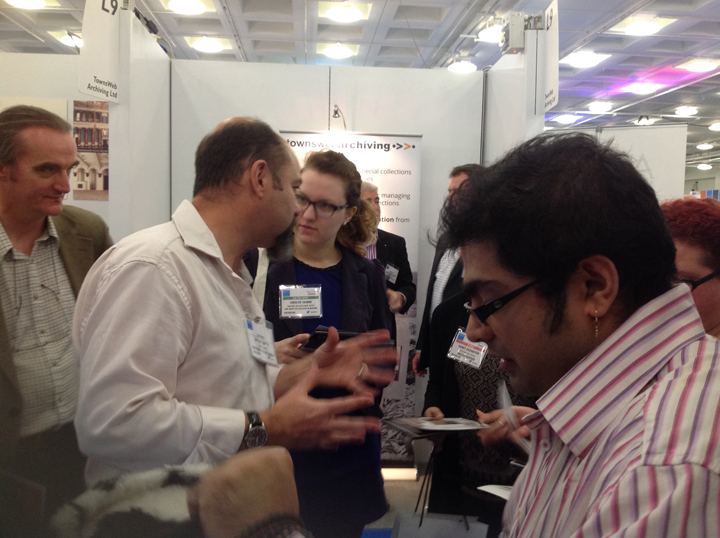 Olympia with Carolyn from GEM