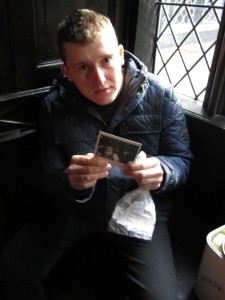 Michael collecting and baging up smells of Speke Hal 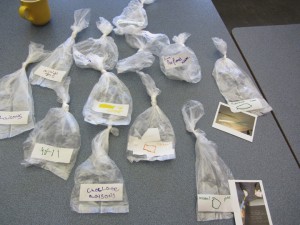 The group were also given some objects to test with sensors embedded that would trigger sounds. Gosia made some notes about the activity of testing, “Everyone was sitting around the table, there was a lot of chatter. The first object introduced to a small group was a loaf of bread that made some sounds when touched. The sounds were the recordings made by the group in a previous workshop. The bread played the sound of cooking, spoons and pans clattering. The sound trigger in the bread did not work every time. The participants started touching and exploring the bread trying to get the sound to work until the bread was smashed” 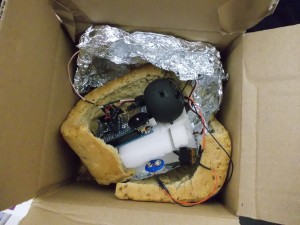 The pictures below show some of the other objects with sensors embedded. 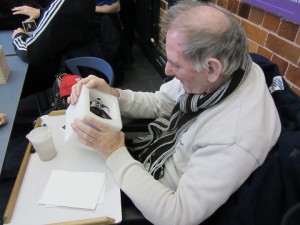 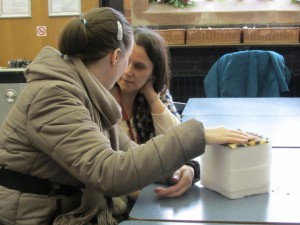