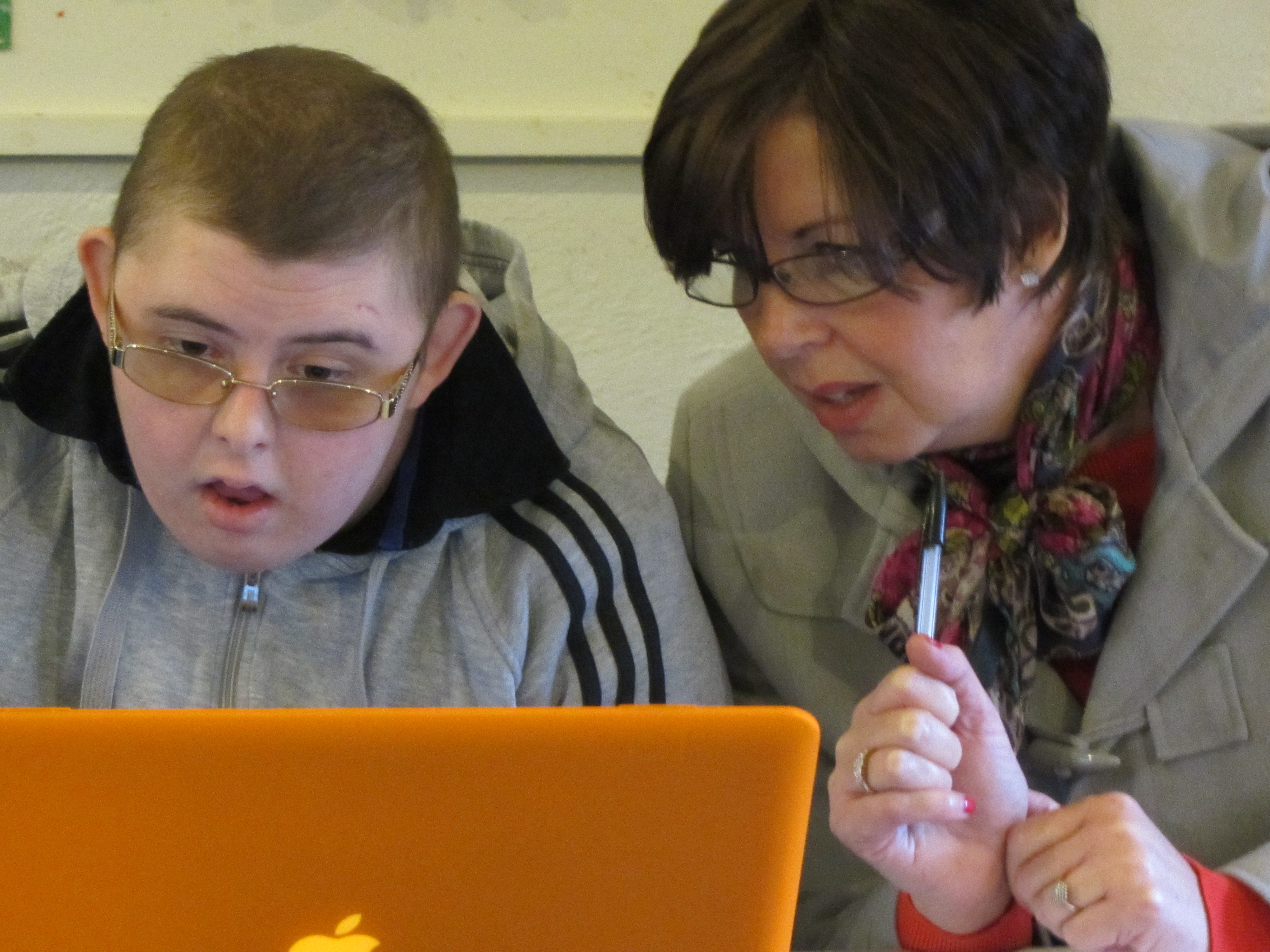 The Access to Heritage group continued to work on thier sensory boxes choosing sounds and lights exploring different ways of triggering them. They learnt how to add an arduino micro controller, speaker, battery and LED lights inside their box. The picture above shows Stephen choosing sounds recorded by the group in an earlier workshop. In the picture below Elle is also choosing sounds listening to them through one of the small portable speakers. 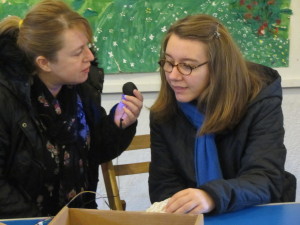 The picture below shows Elle adding LED lights to her box to make a fire place. 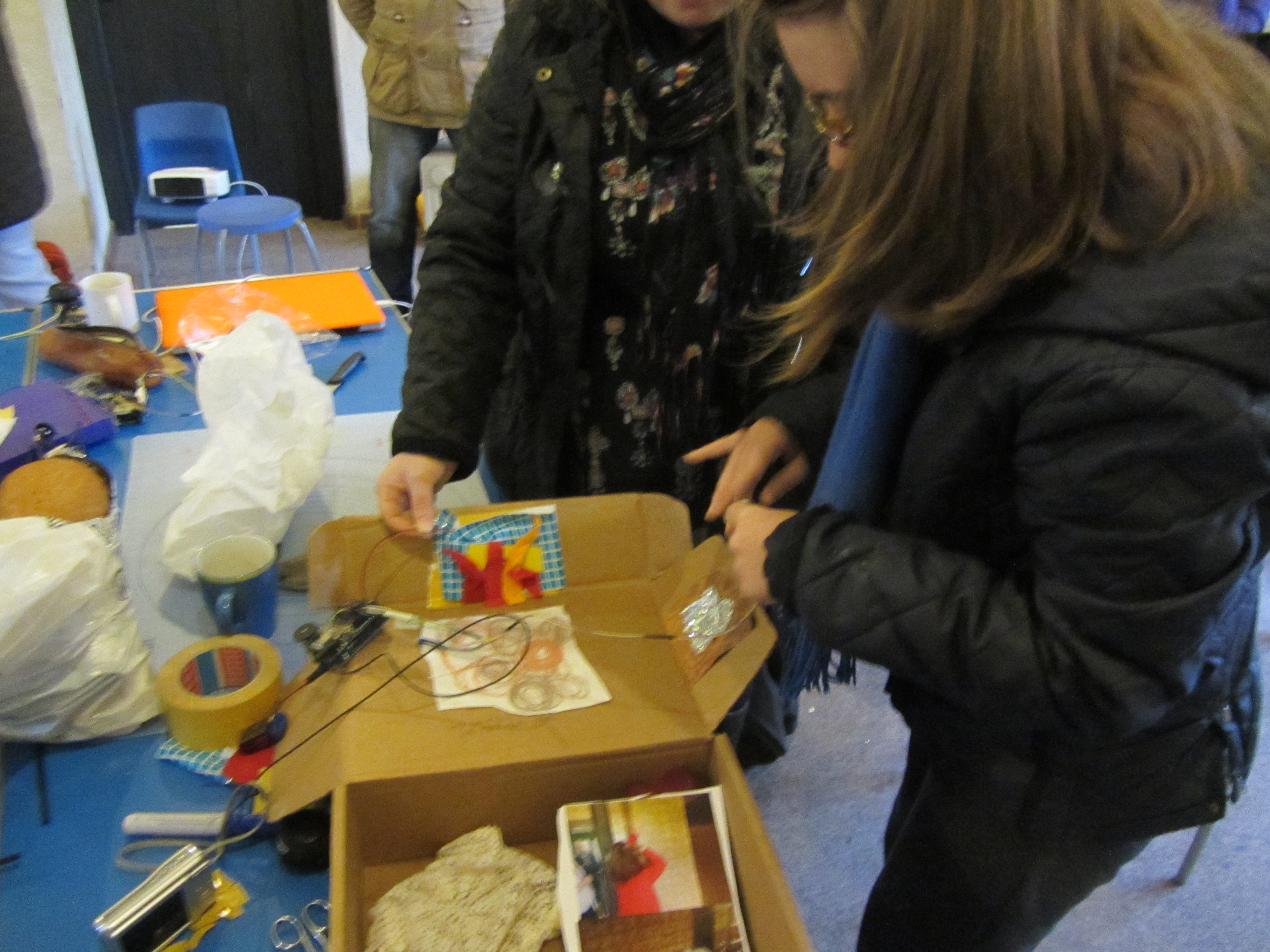 Elle makes fireplace for her box