This workshop concentrated on the surface textures of Speke Hall from carvings to cloth. The workshop aimed to highlight the tactile experiences of visiting the hall. It was also developed through the co-researchers responses to their guided tours.The kitchen was very popular many of the group were used to mixing, using scales so we decided to bake biscuits that were sculptures and surfaces, we had used raw dough for an earlier workshop which the group seemed to feel free to express thier ideas manipulating the dough. The workshop let the group experience the transition from soft to hard through baking. The workshop was introduced as more sculptural than baking, the group were told that they didn’t have to eat the biscuits they could be varnished and used as material for thier box. The group looked at images they had photographed from earlier tours of carved wood, wallpaper, fabric, cobbles the black and white of the halls facade etc.

The picture below shows Chris and Paul mixing biscuit dough. 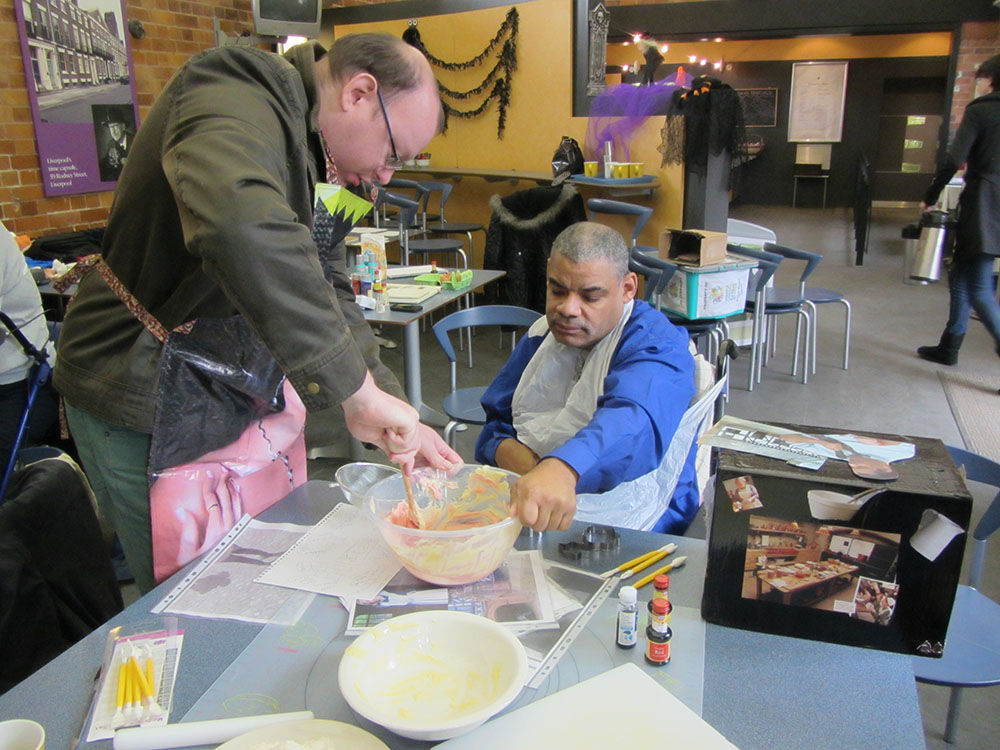 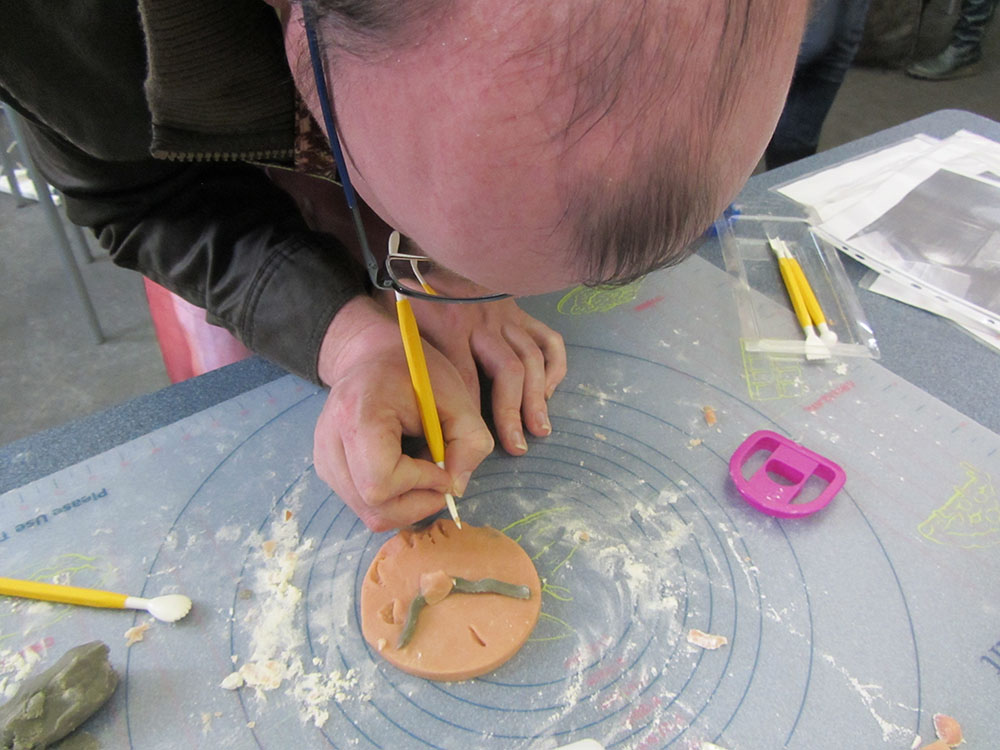 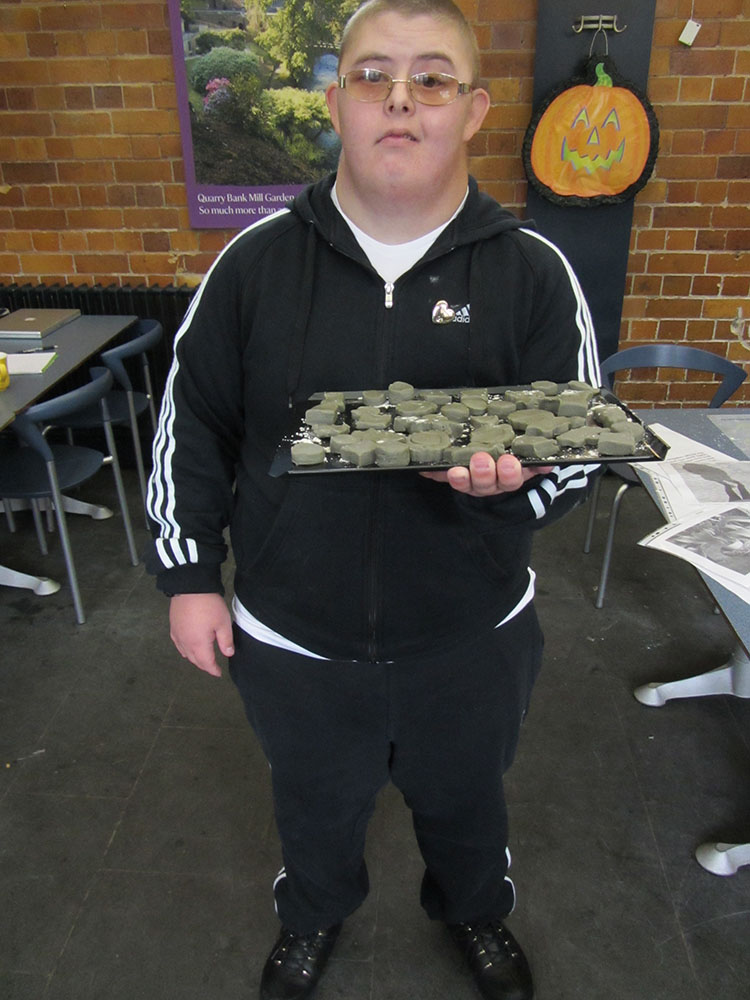 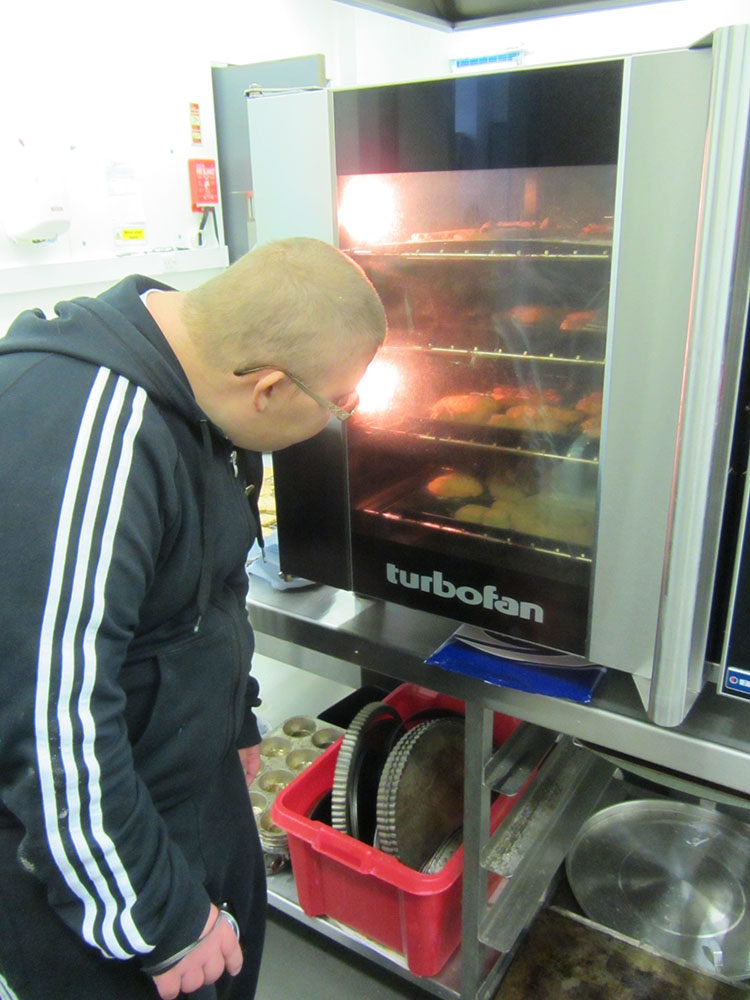 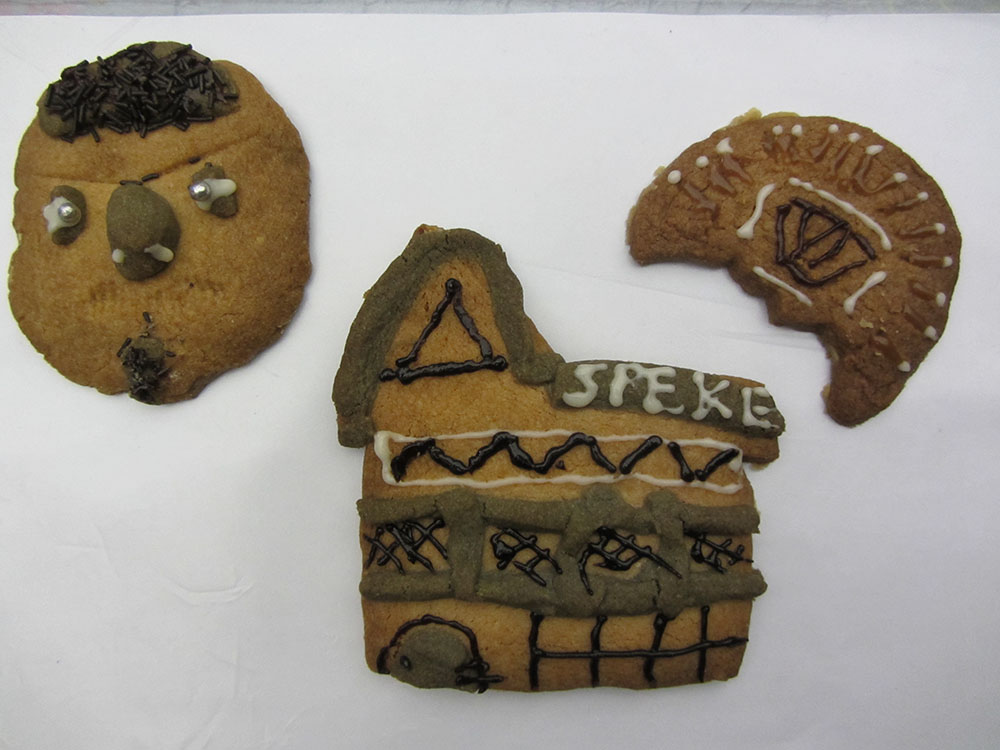