Today we held our third workshop with the Access to Heritage Forum at Speke Hall.

The aim of the day was to review and reflect on the tours of the last visit. Then introduce the group to some simple electonics and hands on modelling with clay. We hoped the group would experiment and play with these materials in order to discover how switchs work, to discover something familiar could have the potential to  become something different. Then the group were introduced to squishy circuits making models with  conductive and insulating dough experimenting with LED’s and motors. 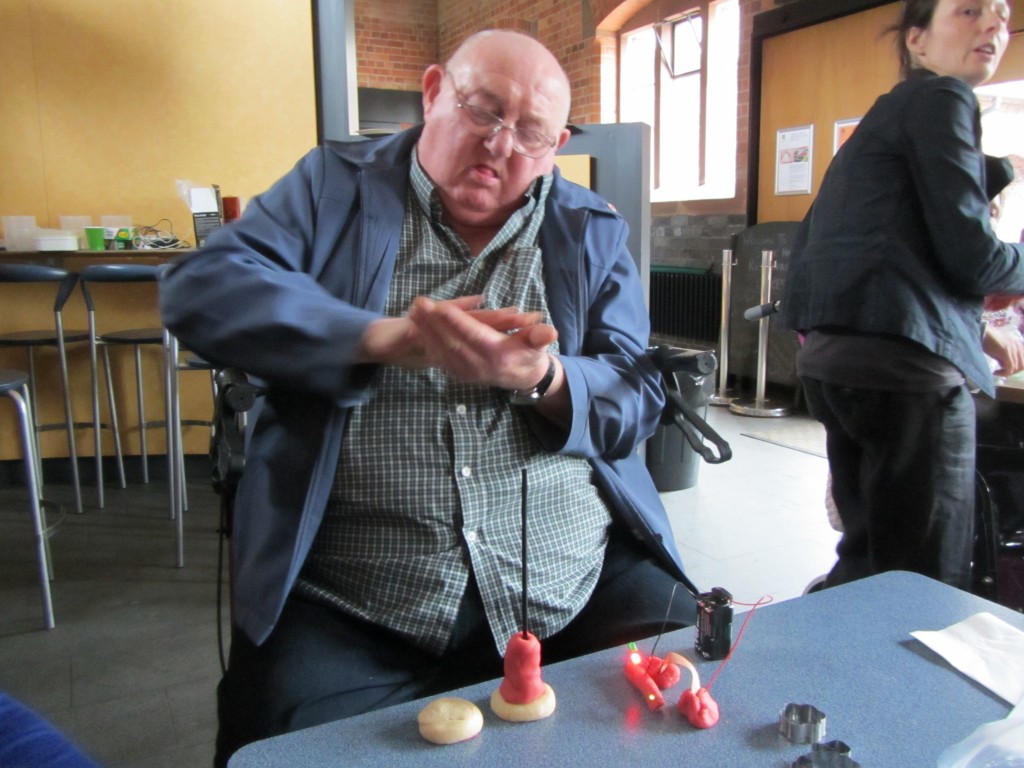 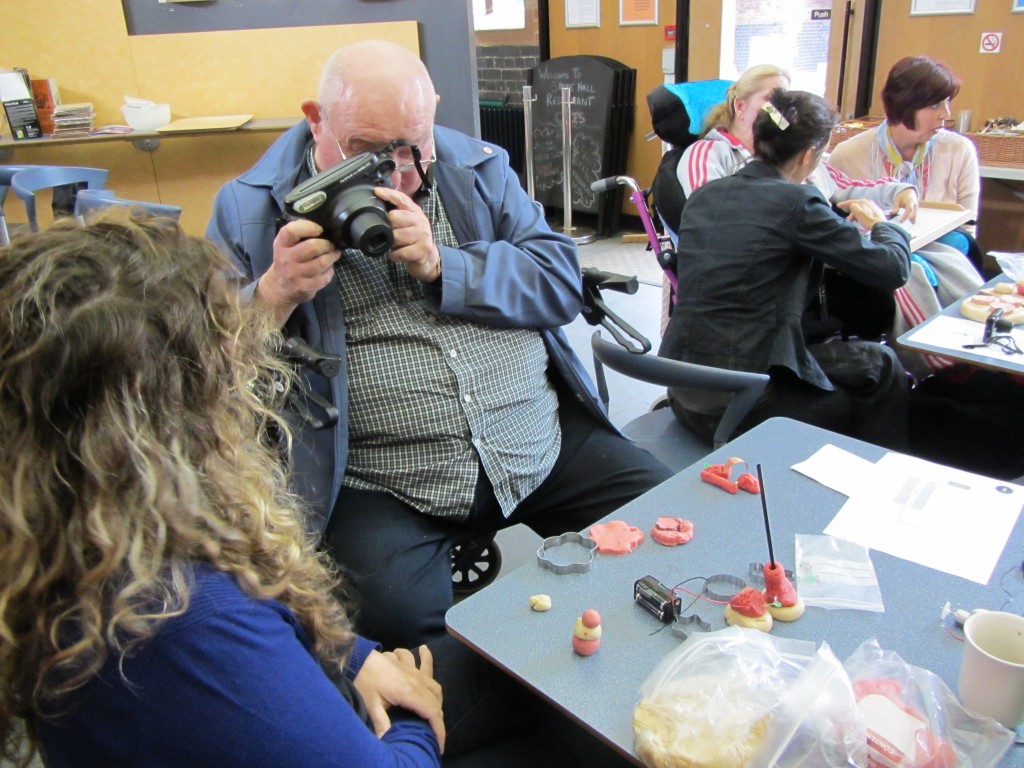 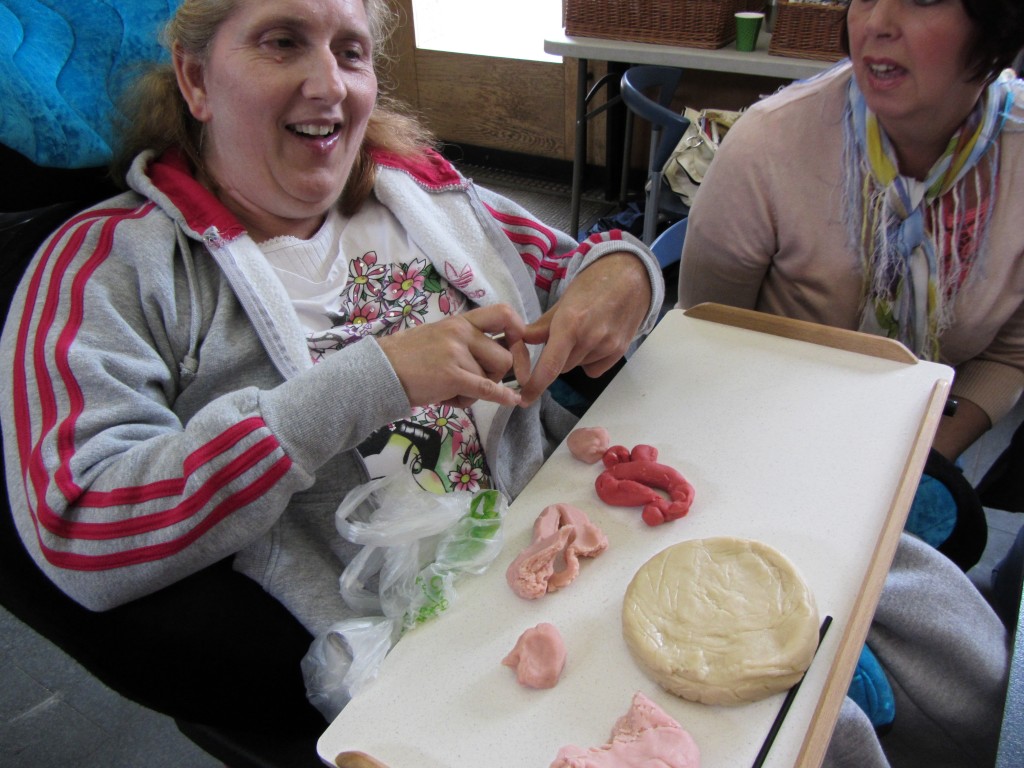 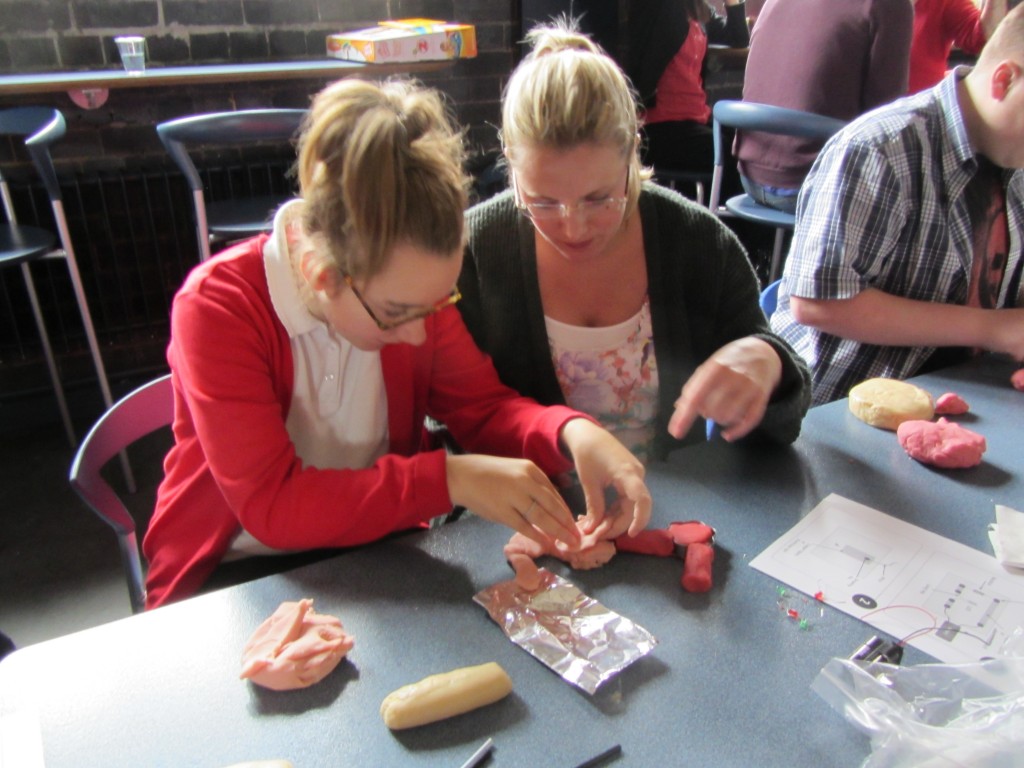 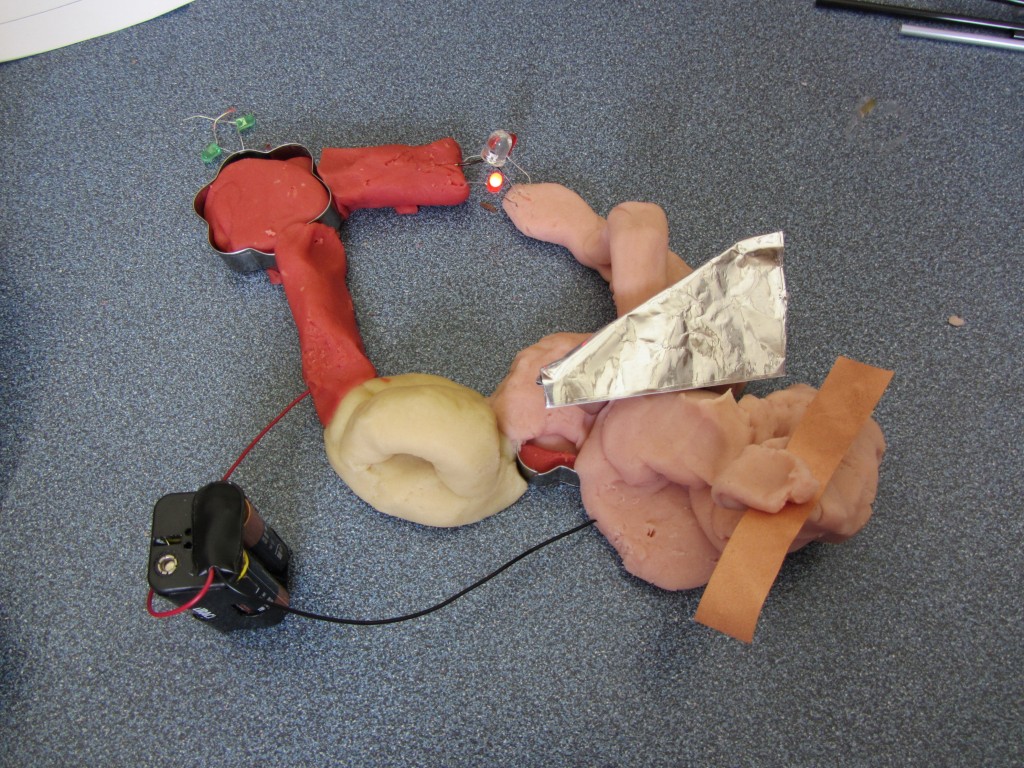 The pictures of Elle above and below show her modelling conductive and insulating dough and aluminium, she then added some red and green LED lights that flashed on and off. 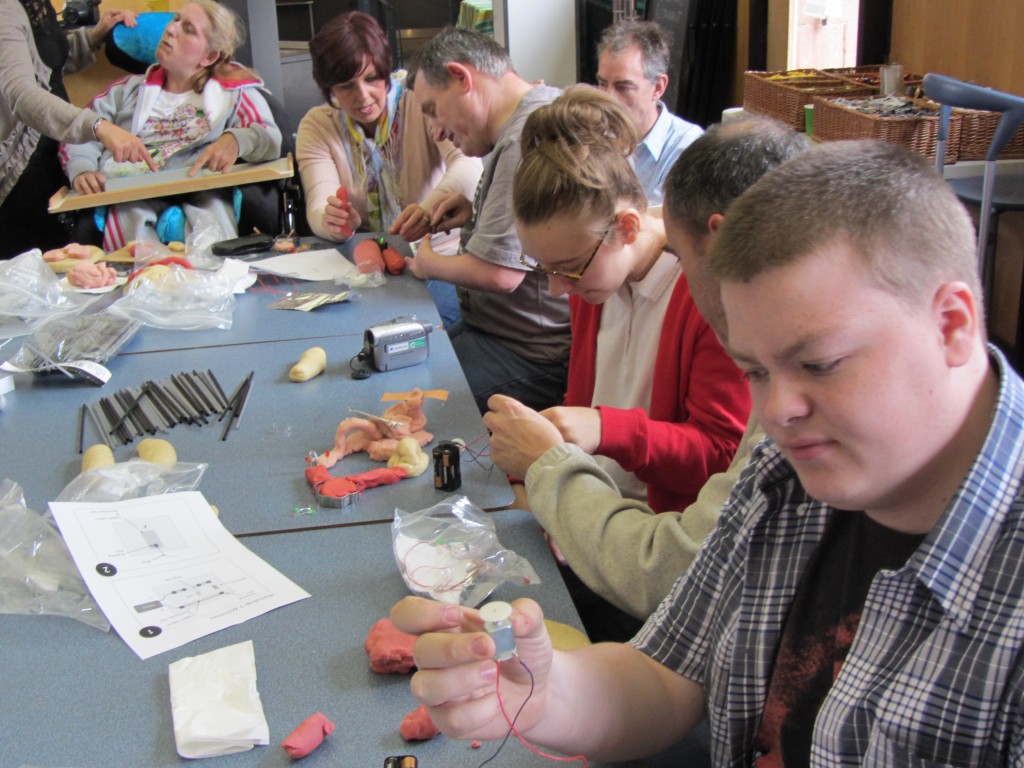 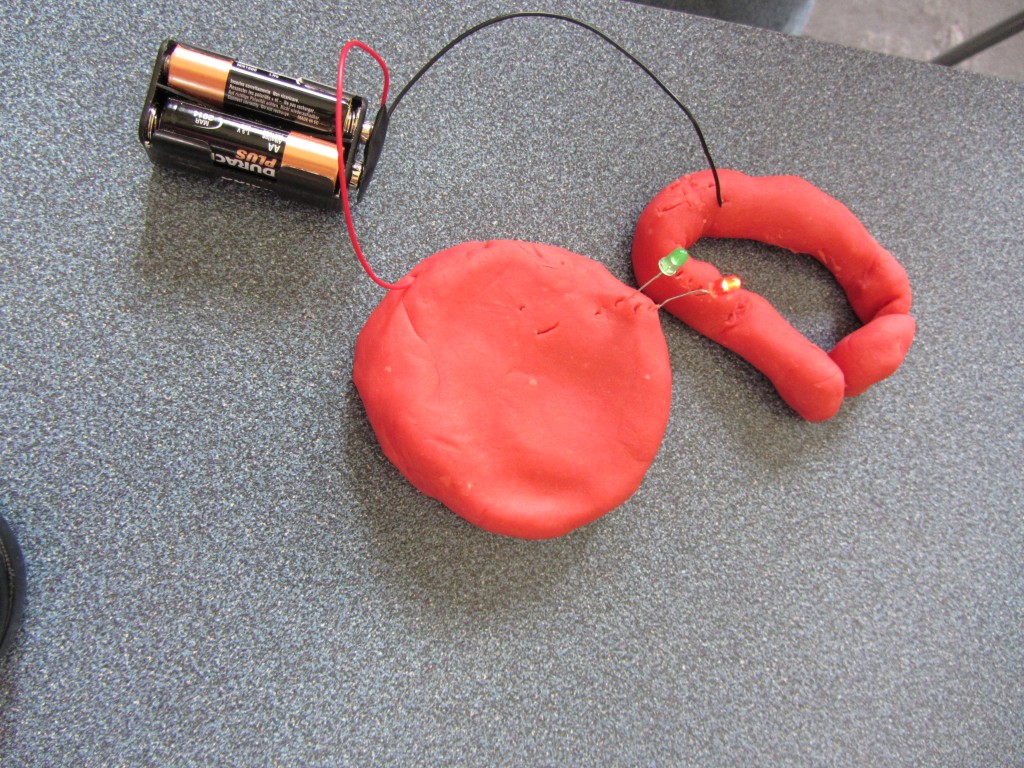 The picture below shows Kyle exploring a motor, Elle working on her landscape Tom creating an on/off switch with dough for his model and Jane modelling with dough.This pictureToms Squishy Circuit below.

Constructing keys for an electronic piano

The last activity of the day was to construct simple keys for an electronic piano using pieces of foam and adhesive aluminium foil. Each participant created a single ‘key’ for the keyboard using a block of hard expanded foam as a base, and placing a strip of adhesive aluminium foil on the top to act as a touch pad. A wire was attached to the foil which would be plugged into the Arduino board. 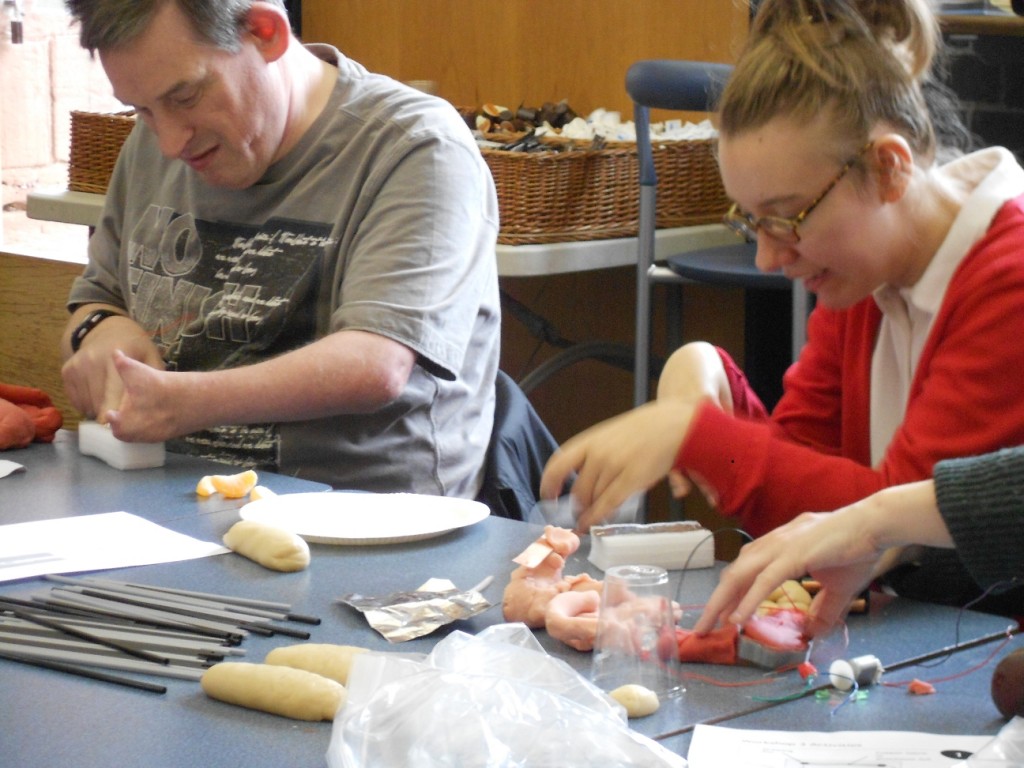 Tom and Elle make their keys for the keyboard

When all of the participants had created their keys, they brought them to the front of the room and we plugged each of them into the Arduino board. This was connected to a laptop running a simple program that used the keys as input to play various electronic instruments, such as a piano, church organ, bells, oohs and aahs. 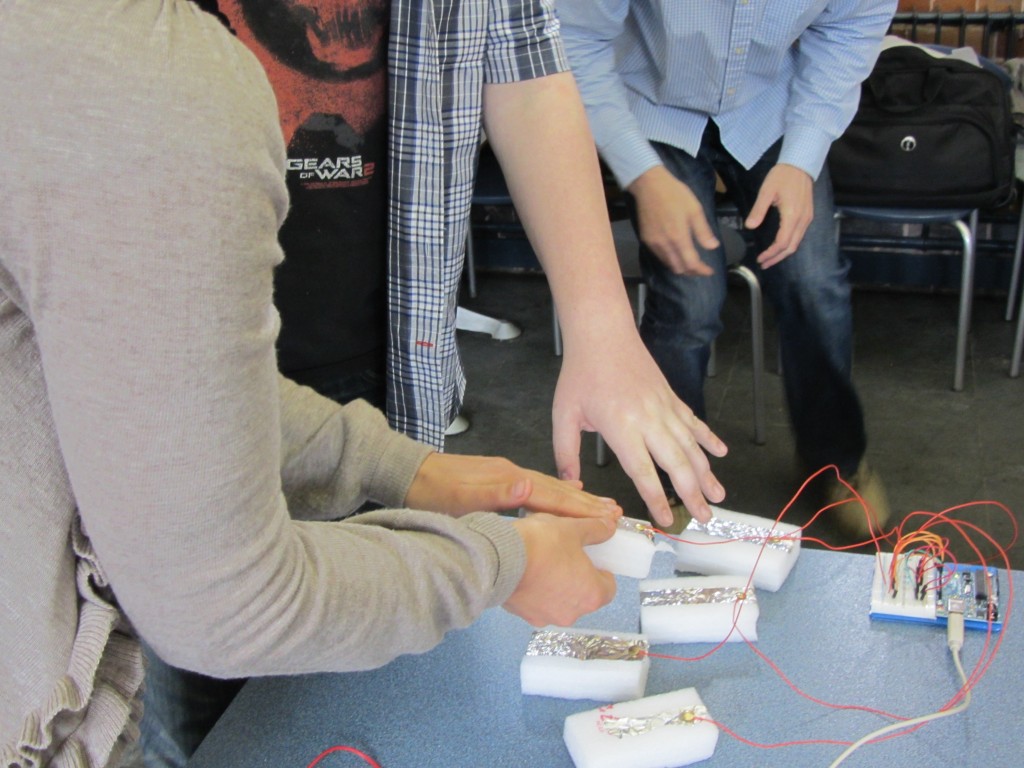 Almost everyone had a play with the piano … 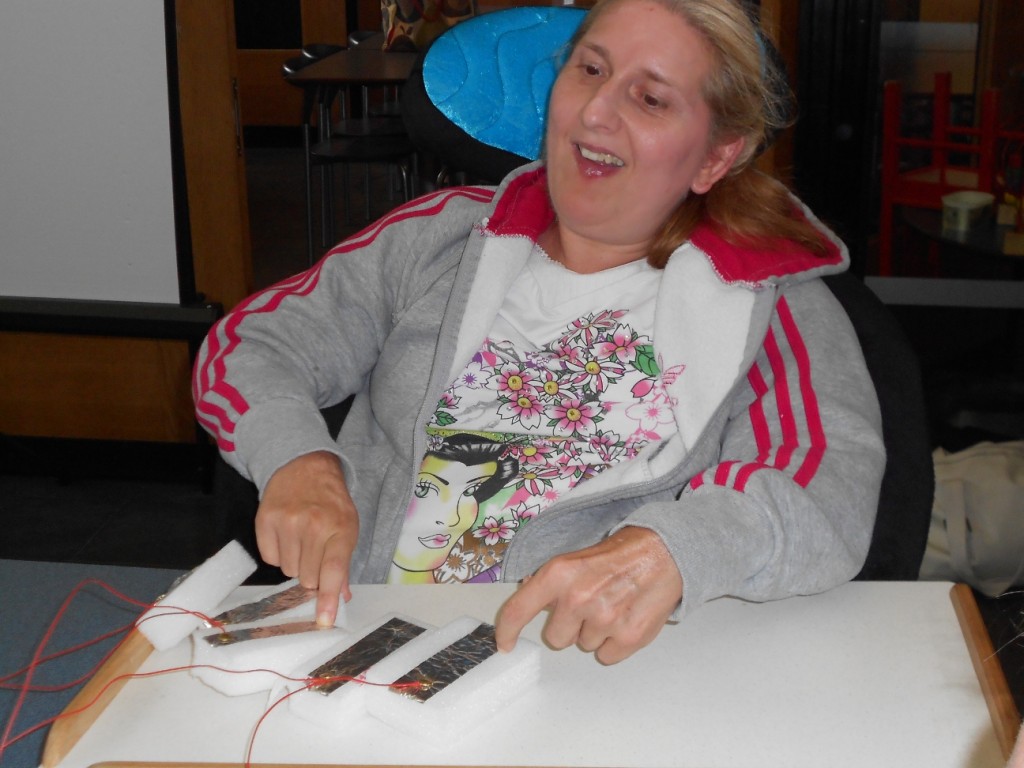 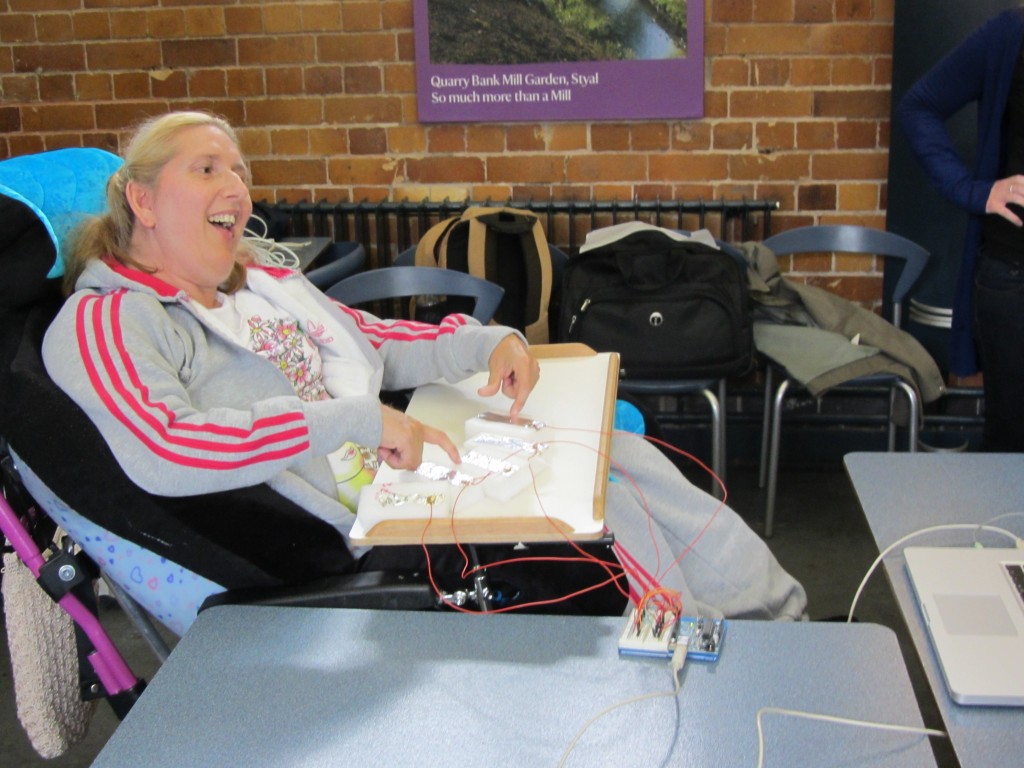 This clip show Elle playing the keys sounding like a piano. 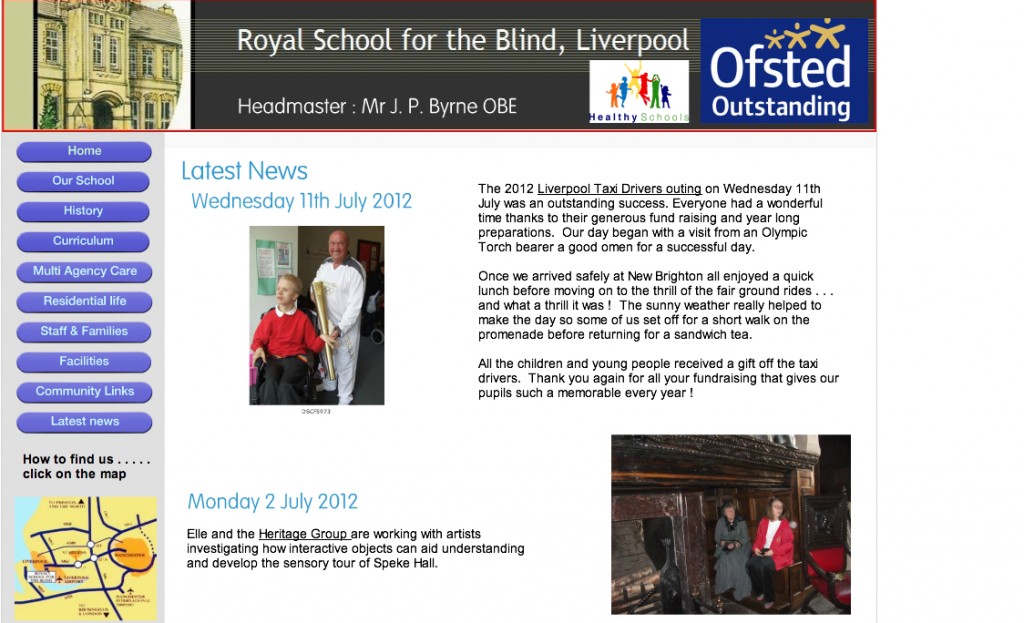 Elle attends the Royal School for the Blind and featured in the school newspage telling the school about her involvement in our Sensory Object research project.