We continued to work at the New Hutte Neighbourhood Centre on the sensory boxes adding different ways of triggering sounds and lights. We are getting everything ready for our event on March 21st at Speke Hall. 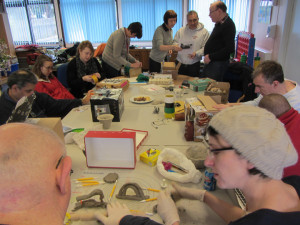 The picture below shows Stephen with is box it makes the sound of the clocks of Speke Hall chiming at 12 o’clock. 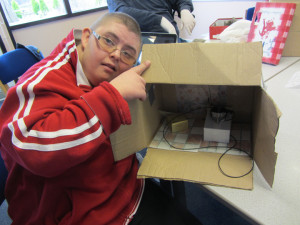 Stephen and his box

The picture below shows Chris with his two boxes one makes the sound of billiards being played and the other one has the sound of the barrel organ playing. 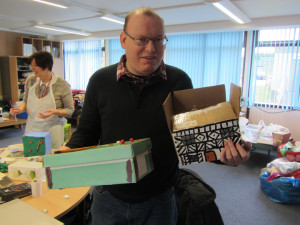 Chris and his Boxes 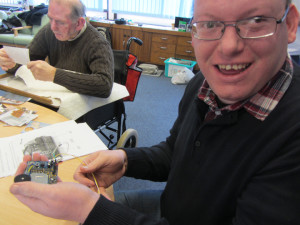 Chris hooks up his Arduino 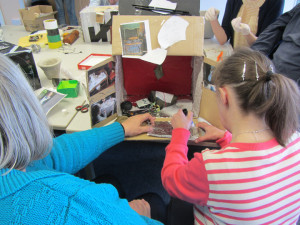 Angela adding sounds and faces to her box 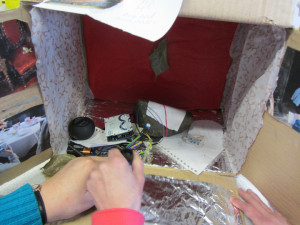 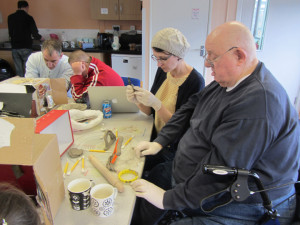 Derek began to make some clay sculptures for his box 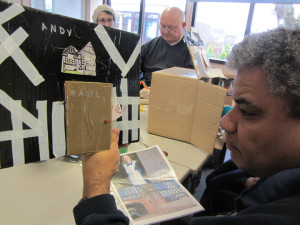 Paul and his box 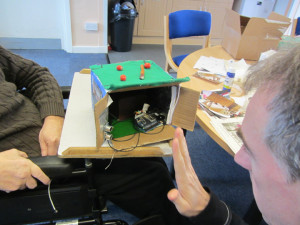 Patricks box has a proximity sensor 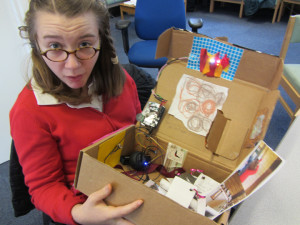