Today we held our first pilot workshop at MERL Museum of English Rural Life, in Reading. We were joined by Co-Researchers from Mencap Reading, many thanks to Miranda, Stacy, Charley, Caroline, support worker Alle and Stuart from MERL who gave us the tour. Also thanks to Kassie our project UROP student thats Undergraduate Research Opportunity Placement who devised and organised the workshop and Nic and Craig who made the sound box kit we used during the day. 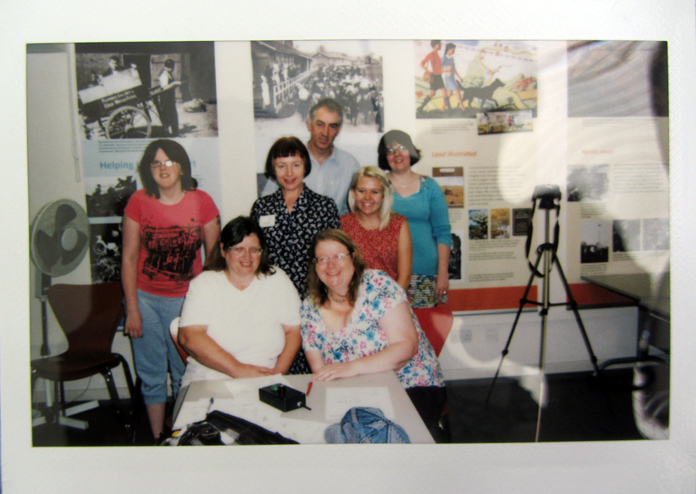 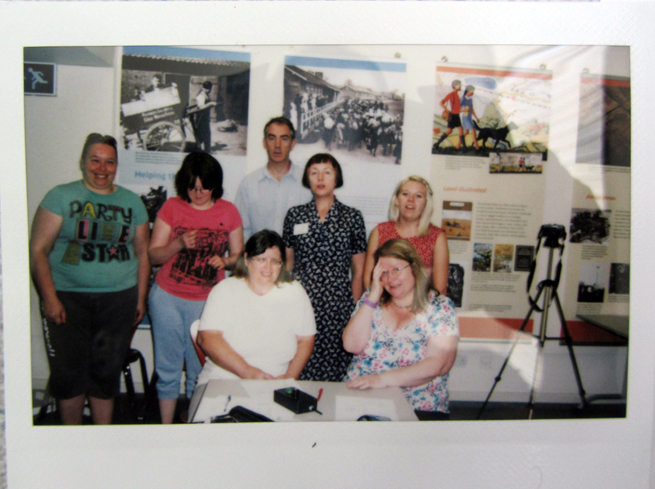 Group with taken by Charley

We used two instant cameras, we asked the group to photo anything in the museum that matched sounds on special sound boxes that Nic and Craig had constructed. The picture below shows Stacy using one of the sound boxes. She turned a knob to choose sounds such as steam engine, sheep, hammering on an anvil and horses and milk bottles, then played them by pressing the button. 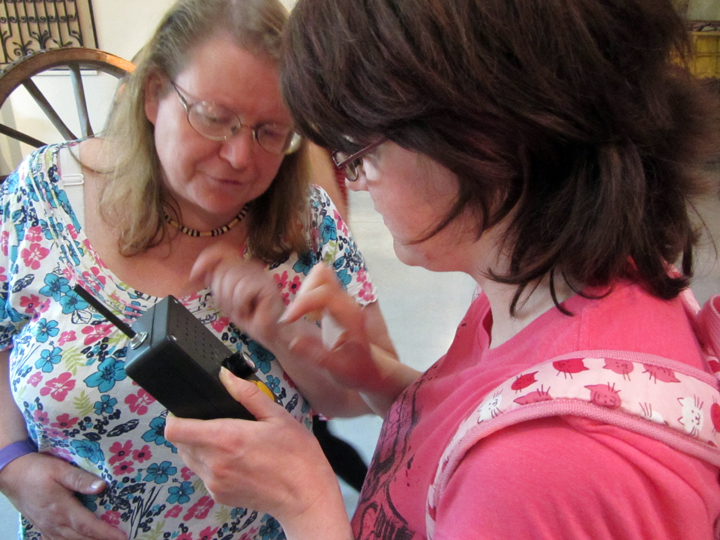 Kassie with Stacy and Caroline listen to sounds from the sound boxes. 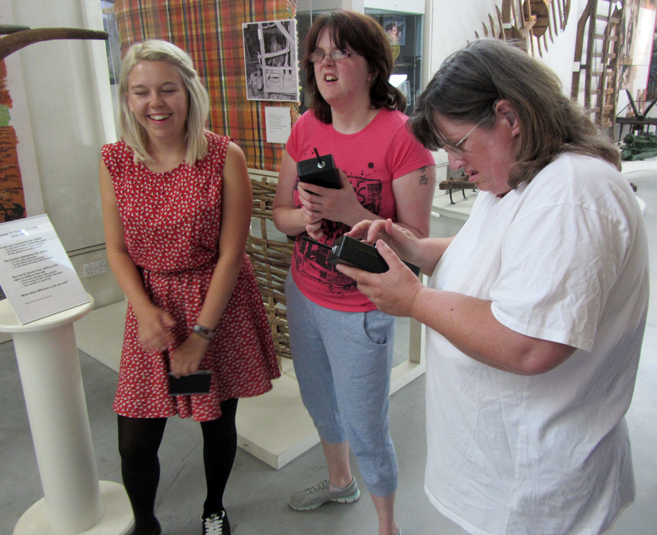 The picture below shows the group listening to Stuart from MERL giving a tour of the museum. 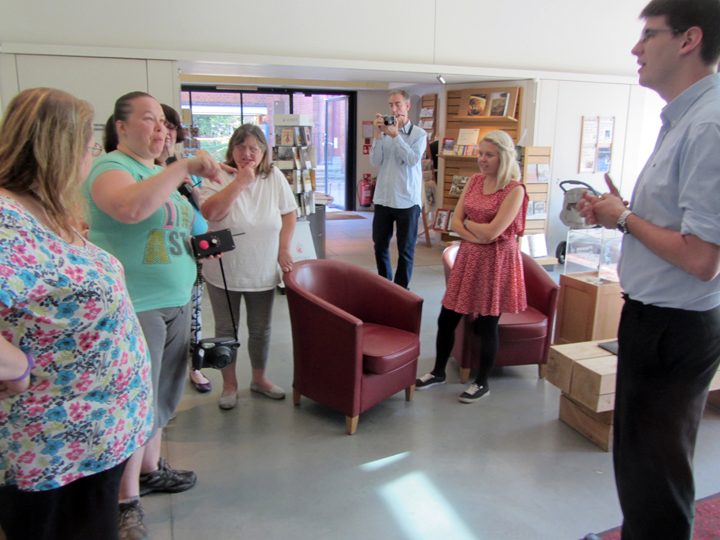 The picture below shows the group finding out about metal work, Stuart showed us a draw of creatures made by blacksmiths from metal. We played the sound of an anvil being hit by a hammer and took so instant pictures. 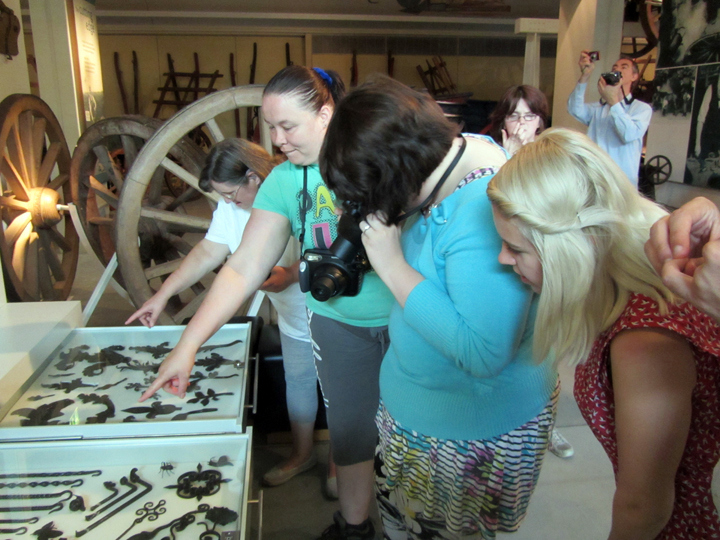 All pointing in draw on tour

The picture below shows all the instant photos the group shot. 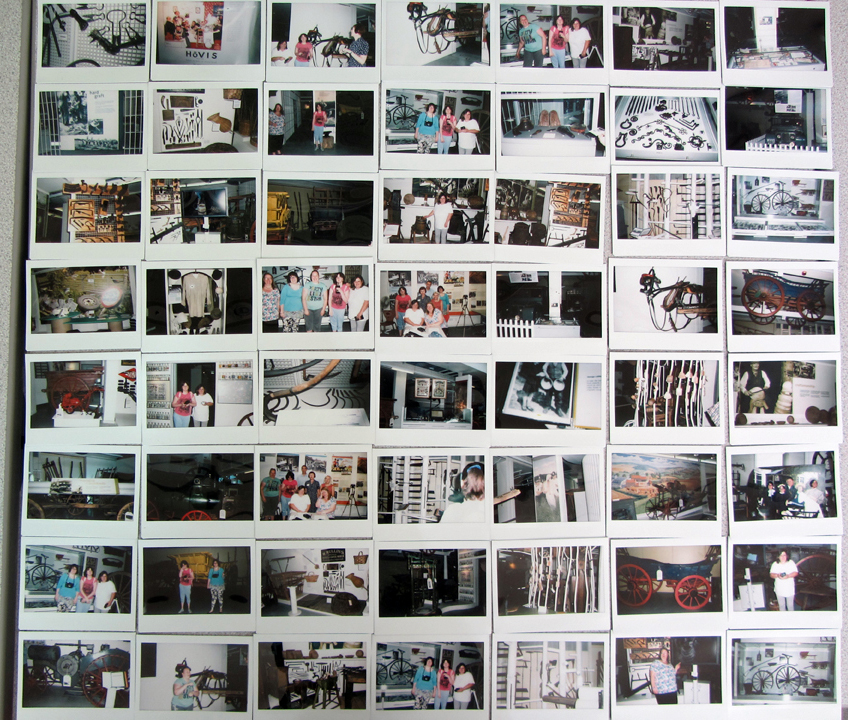 all the instant photos the group shot

Kassie prepared us a farmers lunch, she bought produce that came from farms and related to some of the equipment we had seen in the MERL collection. Our lunch included cheese, milk,apples, butter, bread, crisps, ham, tomatoes, chutneys it was delicious and gave us the chance to discuss where and how the food was produced. Caroline mentioned that they had visited a farm recently and watched milk being churned. The picture below shows us eating lunch. 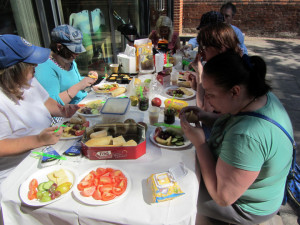 After lunch we made our own sounds to accompany a silent films about farming the group were very creative using all sorts of things to make sounds and creating sounds with their voices. 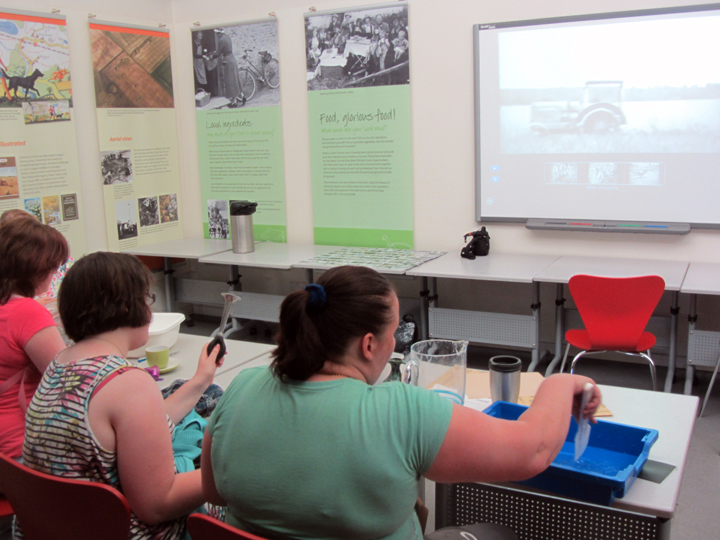 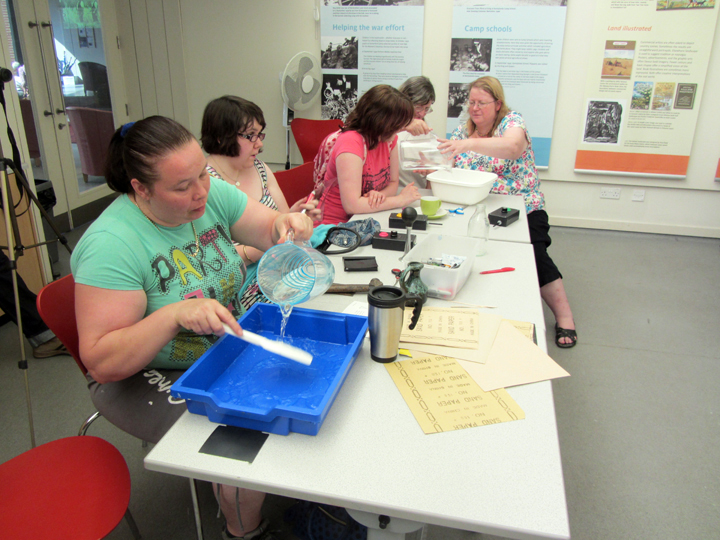