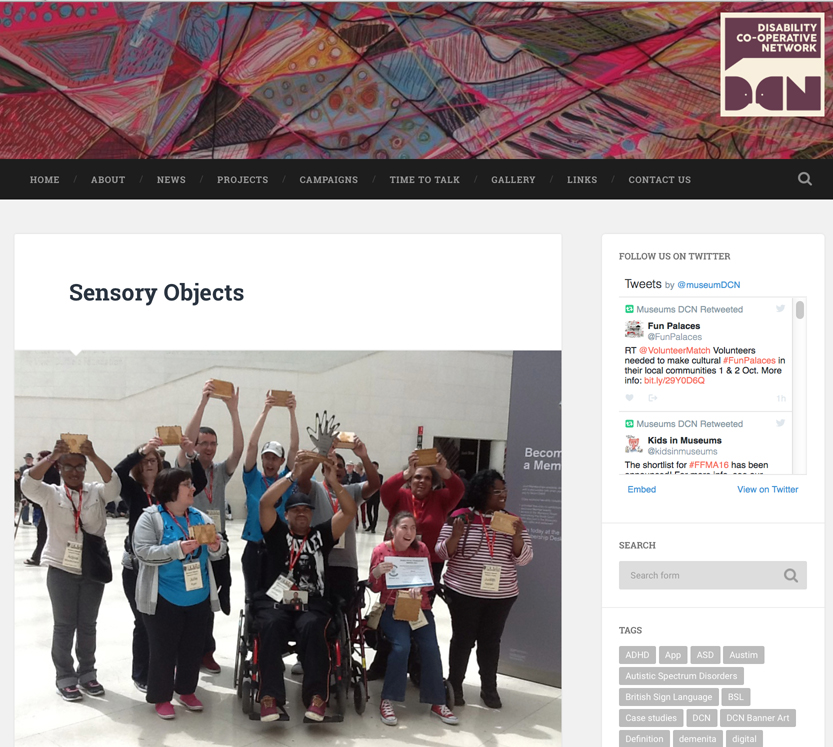 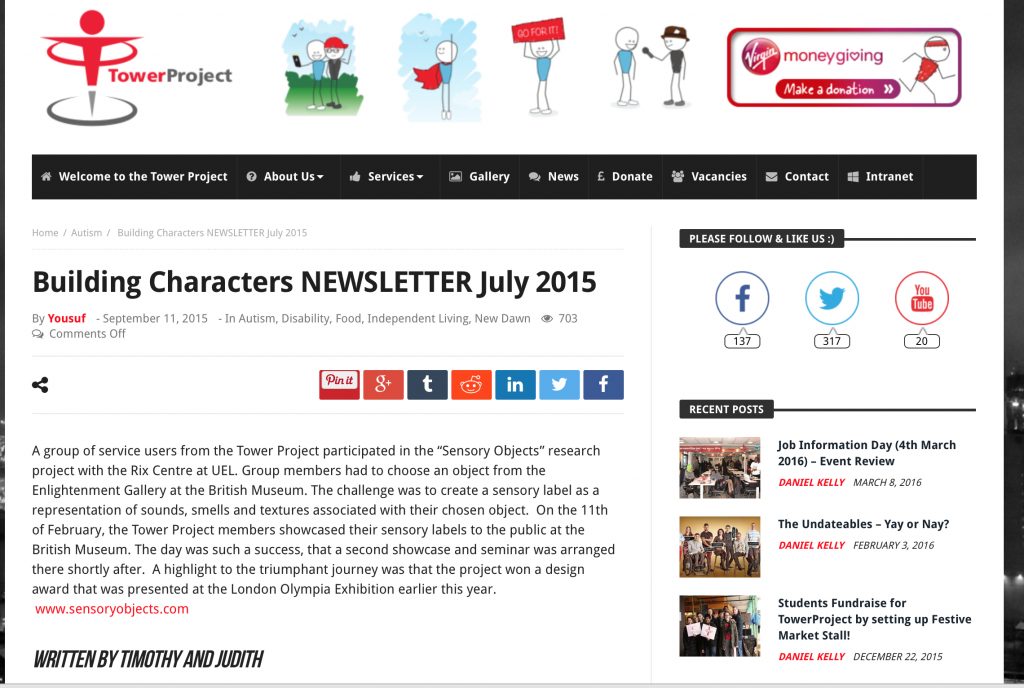 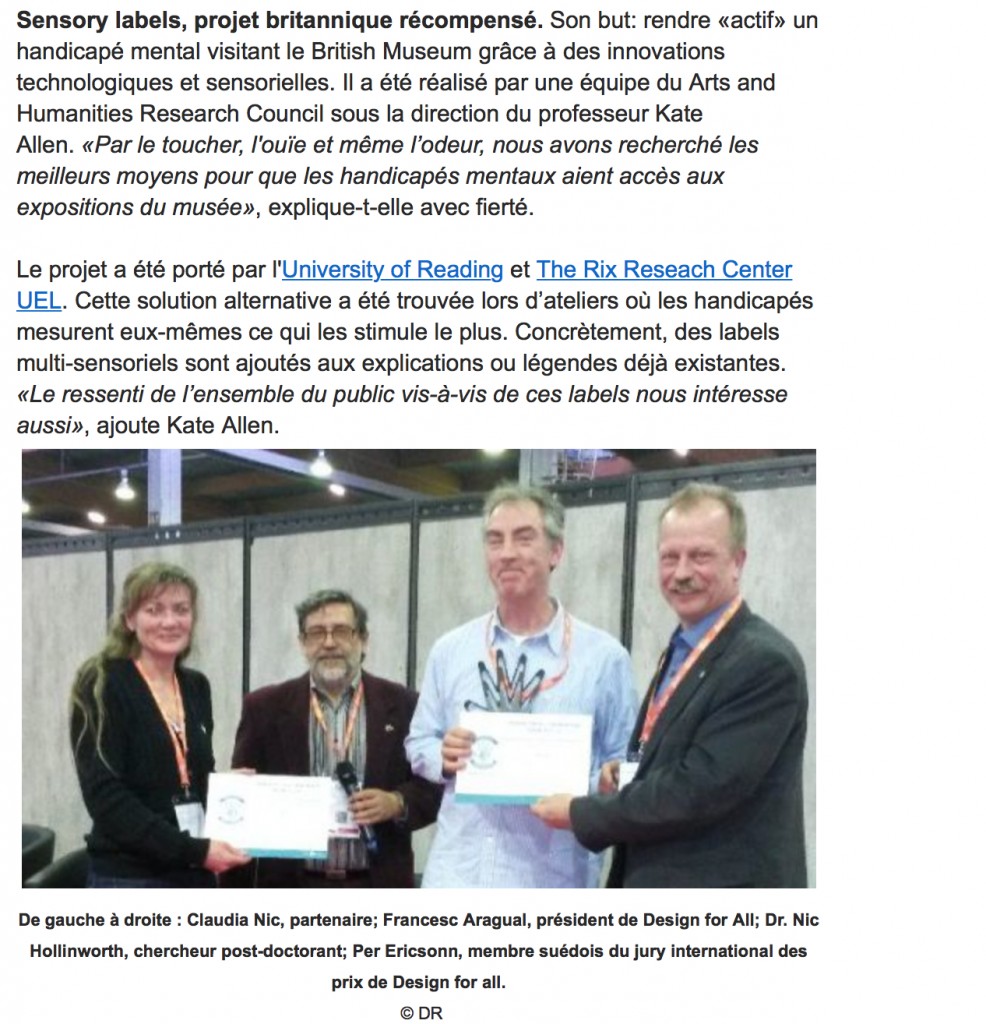 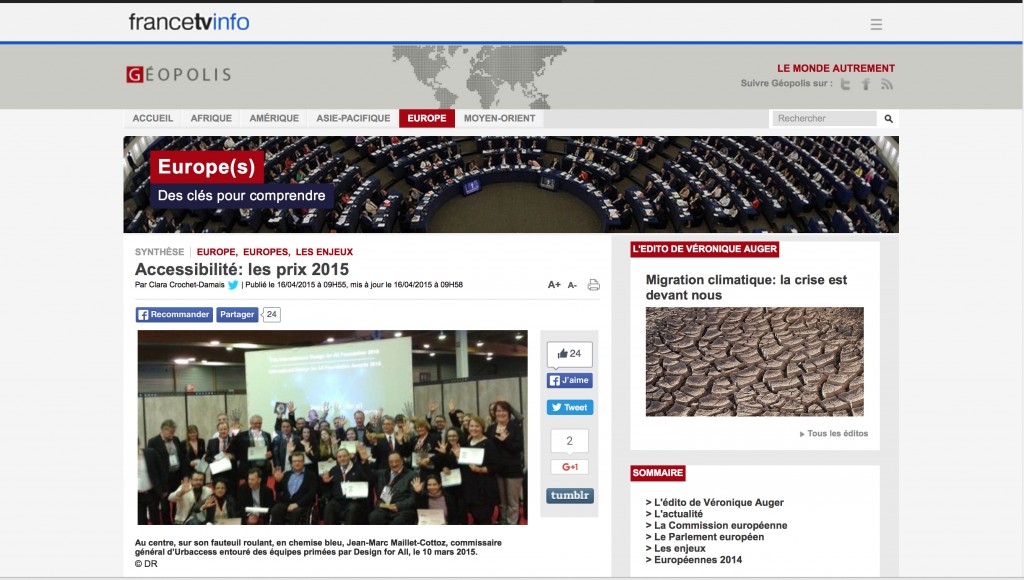 FranceTVinfoPage report on Design for All Foundation Award

The image below is a Newspaper article from 2013 featuring the Sensory Objects project at Speke Hall Liverpool. 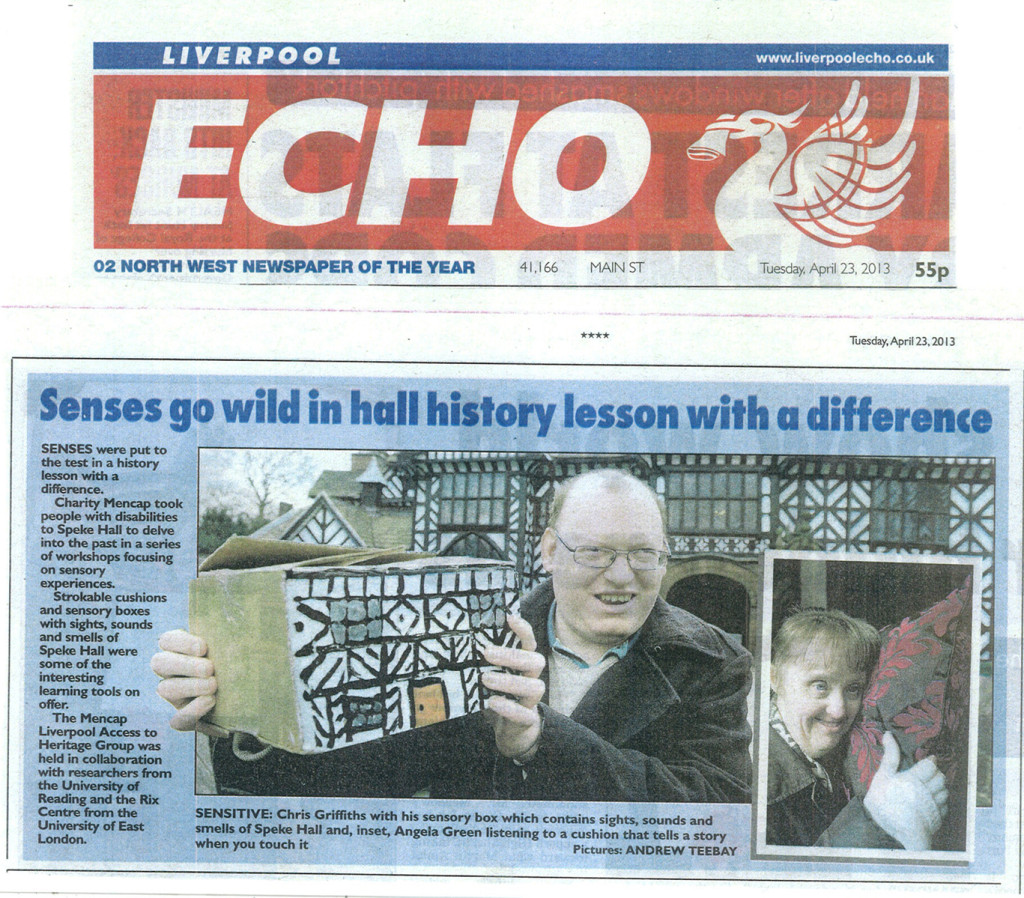